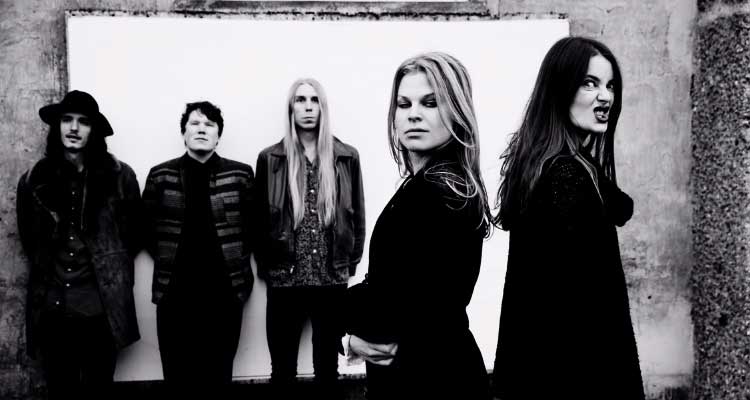 Caviare Days releases “Like Me EP” produced by Gordon Raphael!

Stockholm, Sweden, based Caviare Days started out in Brooklyn with sisters Lina and Maja Westin, but has since grown into a steady five piece band with Timmy Grim on the drums, Boris Grubesic on the guitar and Marcus Arborelius on the keys and synthesizer bass.
After being received well in London (BBC Introducing), touring and recording in Germany, a widely noticed collaboration with Ebbot Lundberg of The Soundtrack Of Our Lives and a Nordic tour with said legendary rock band, Caviare Days are now back with even more experience and creative confidence than before.
The upcoming EP Like Me is produced by Gordon Raphael (The Strokes, Regina Spektor) and Mats Björke (Mando Diao) and mastered at Abbey Road Studios in London. The new production captures Caviare Days’ live sound and brings to mind the eclectic mix of genres of the 90’s. The lyrics are a mix of simple phrases and surreal crypticism, and through these the band explores themes like being comfortably numb, war like love and self-centredness.
While the name of the band hints at the decadence of the 20’s á la Gatsby, Caviare Days considers time to be nonlinear and throws themselves seamlessly between the past and the present.
“The title track of the EP, Like Me, is about facing oneself without realising it”, says Maja Westin, one of the band’s singers. “There’s a kind of bitter irony in the fact that no matter how far you fly, you will never get away from yourself, particularly not with a broken wing.”