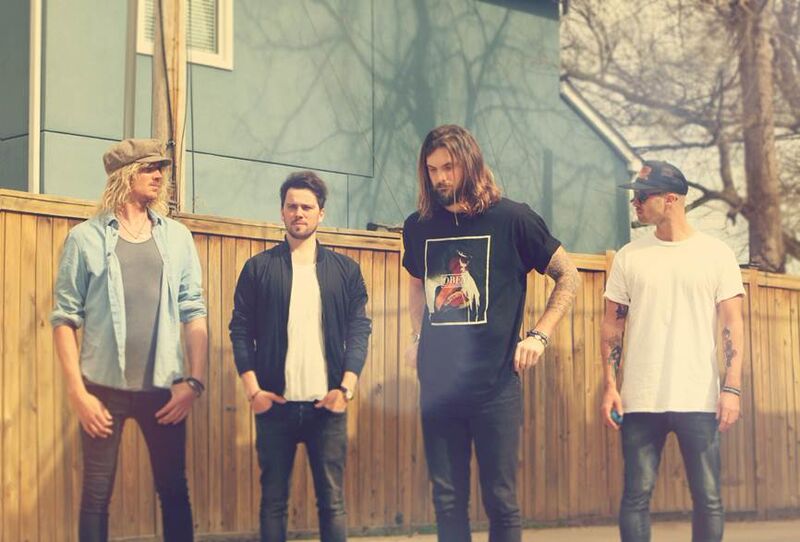 Sunset Sons have announced details of a new single. The Anglo-Aussie four-piece will release ‘She Wants’ on August 7th through Polydor. The quartet recently embarked on a sold-out UK tour that culminated in a rapturously-received show at the London Scala. The quartet make triumphant and anthemic indie-rock and are one of the biggest new bands of 2015. They have also recently announced a European Arena tour later this year in support of Imagine Dragons.

Sunset Songs are four friends – Rory, Jed, Rob and Pete – who are based in the idyllic French town of Hossegor. They came together through a love of surfing and cut their teeth playing riotous gigs to rowdy snowboarding crowds in the French Alps. “We played loads of raucous shows up there during winter,” says Rob. “It helped us get tight.” ‘She Wants’ is the follow-up to their breakthrough The Fall Line EP (with live favourite ‘Medicine’), which was released earlier this year. Through word of mouth, they have amassed an underground following and their UK tour saw packed venues singing the words back to them. ‘She Wants’ will further rocket up attention in the band: a funky groove with an impossibly catchy melody, it’s set to be the breakthrough hit of the summer.

Sunset Sons have three releases under their belt already. The self-released Le Surfing EP came out early last year and was followed by No Bad Days EP on Polydor in November and The Fall Line EP in March. They are confirmed for a number of summer festival appearances including Glastonbury (John Peel Stage), T In The Park, Reading and Leeds and Boardmasters, whilst throughout October and November they will support Imagine Dragons across Europe in a tour that includes two nights at The O2 in London. They are currently finishing work on their debut album which was recorded in Nashville with Jacquire King.

Jerusalem In My Heart announces second album of expansive Montreal via Beirut compositions, named ‘If He Dies, If If If If If If’‏

Citizen Takes SPIN to Heaven, New Album Streaming Now, “Everybody Is Going To Heaven” Out 6/23/15 on Run For Cover Records‏