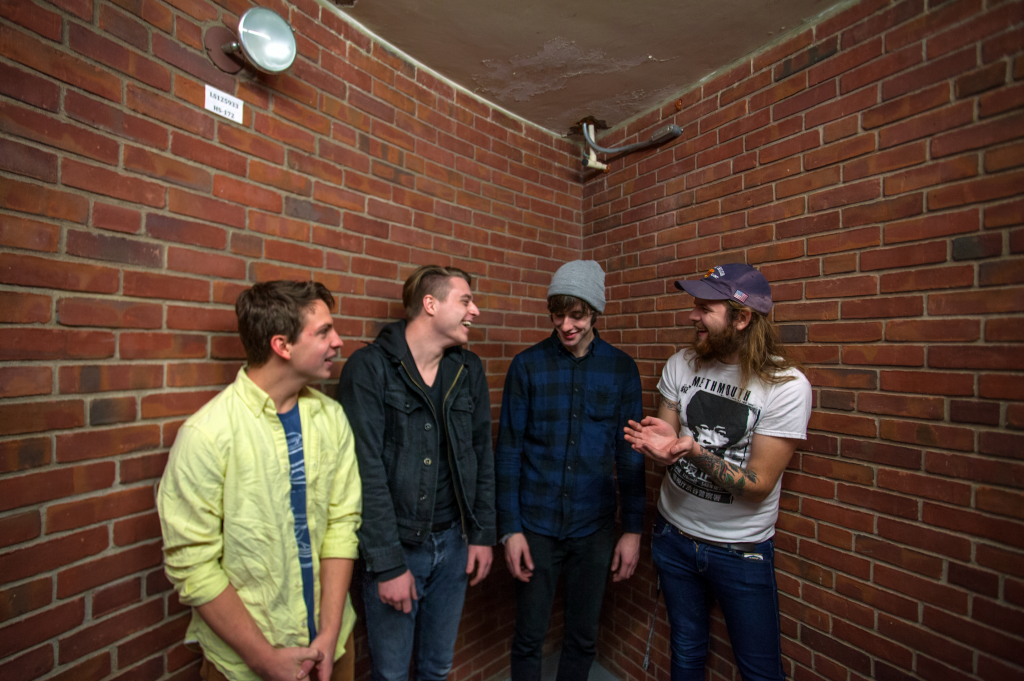 Sorority Noise have released “Using,” the third single off of their highly anticipated sophomore album Joy, Departed. On “Using,” singer Cameron Boucher digs into his past and current issues with addiction and depression. He opened up to Alternative Press about these struggles. An exert can be found below. Joy, Departed comes to Topshelf Records on June 16th.
Stream “Using” and  read more from Cam via Alternative Press.
“It took me three years to come to terms with my illness, learn how to cope, and ultimately make it a positive part of my life, through which creativity could be my sword and shield against the parts of my brain that told me there was nothing but darkness. At 22, I can firmly say that I haven’t defeated my depression, nor will I ever, but I have learned to come to terms with myself and make the best of what I have. I have realized that suicide is never the answer and that despite my trials, there is always a brighter end to things than the way I can typically imagine them. “

# with Fireworks & Turnover
^ Motion City Soundtrack Commit This To Memory Tour w/ The Spill Canvas
* with You Blew It!, Microwave