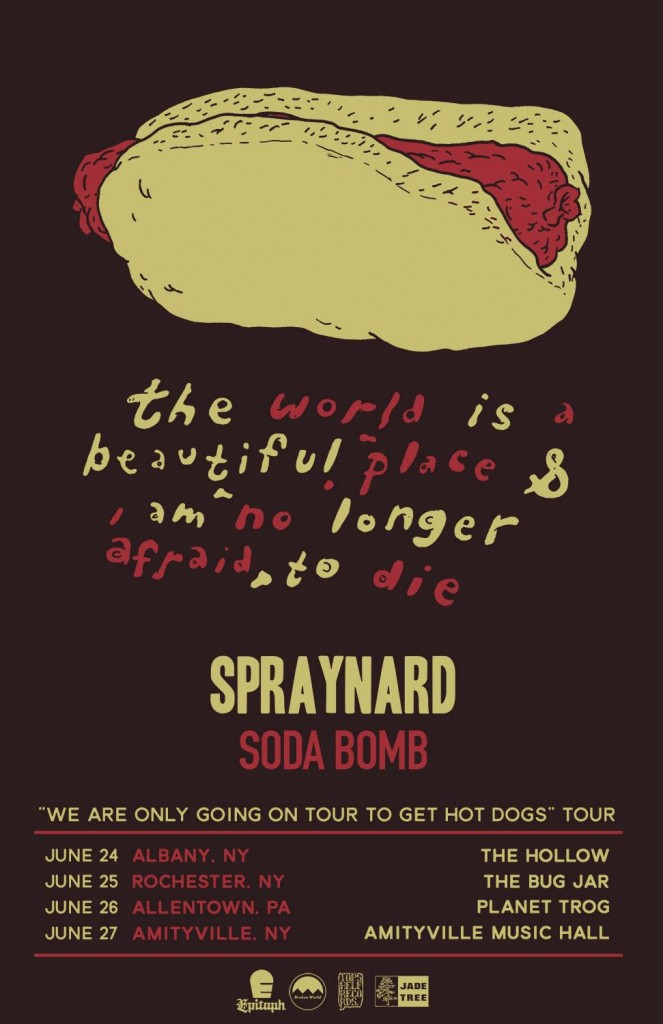 Long Island slacker-punk’s Soda Bomb have released their new video for “Fat Tom” viaThe Nerdist. Coming off of the release of their recent Broken World Media release Wanna Jam?, Soda Bomb rip through an anthemic slow jam while a demon takes them on a hallucinogenic journey through hell, time and the Bill Murray scene in Space Jam.
Watch “Fat Tom” Music Video Now via The Nerdist.
Soda Bomb will be touring at the end of this month with The World Is A Beautiful Place & I Am No Longer Afraid To Die and Spraynard. A full list of tour dates can be found below.

Wanna Jam? is out now via Broken World Media.