Reptile Youth Reveal New Video for ‘Away’- EP out Now 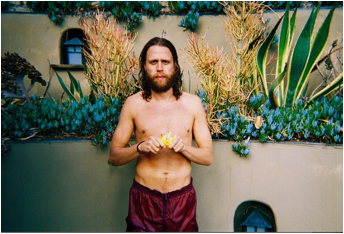 “Reptile Youth have a playful spirit which is steeped in rock ‘n’ roll.”

“Still at its best, this deserves, even demands, to be heard, stolen or bought”

Reptile Youth’s musical tour de force has been spreading far and wide in a very speedy manner throughout 2014, they are now back with a view to firmly cement their place in the scene, having already caught the attention of  Noisey, The Guardian, Clash, The 405, The Line Of Best Fit and Artrocker along the way, the psychedelic indie vibe makers are now ready to release their new single “Away”  taken from the forthcoming “Away” EP

The new single “Away” takes you on a journey of open-mindedness and curiosity, something which has always characterized the expression of Reptile Youth similar to legends such as Talking Heads and Television, getting an extremely danceable energy merged together with a sometimes noisy, adventurous rift.

Following some intense years of touring and recording two albums , Mads had the urge to escape to LA, for a few months of song writing and sun – in early 2015 he flew to LA to discover the journey to the EP.

Mads’ vocal style can easily be compared to the way Radiohead’s Jonny Greenwood plays the guitar: energetic, noisy, and filled with just the right amount of attitude to constantly past one hundred percent.

While in LA and to let go of all control, Mads asked random people on the street to take a photo of him with a disposable camera – for the official press shots for the EP.

This meant that he often had to wait in vain in front of a carefully chosen location for hours before someone was passing by willing to participate in the experiment.

For the first single, “Away”, Mads has enlisted Filip Nikolic (from the LA/DK slowdisco duo Poolside) under his Turbotito alias and Danish artist Lotte Rose to do remixes.

The band are self-releasing the Away EP in collaboration Mercedes Benz which is OUT NOW FOR A FREE DOWNLOAD!