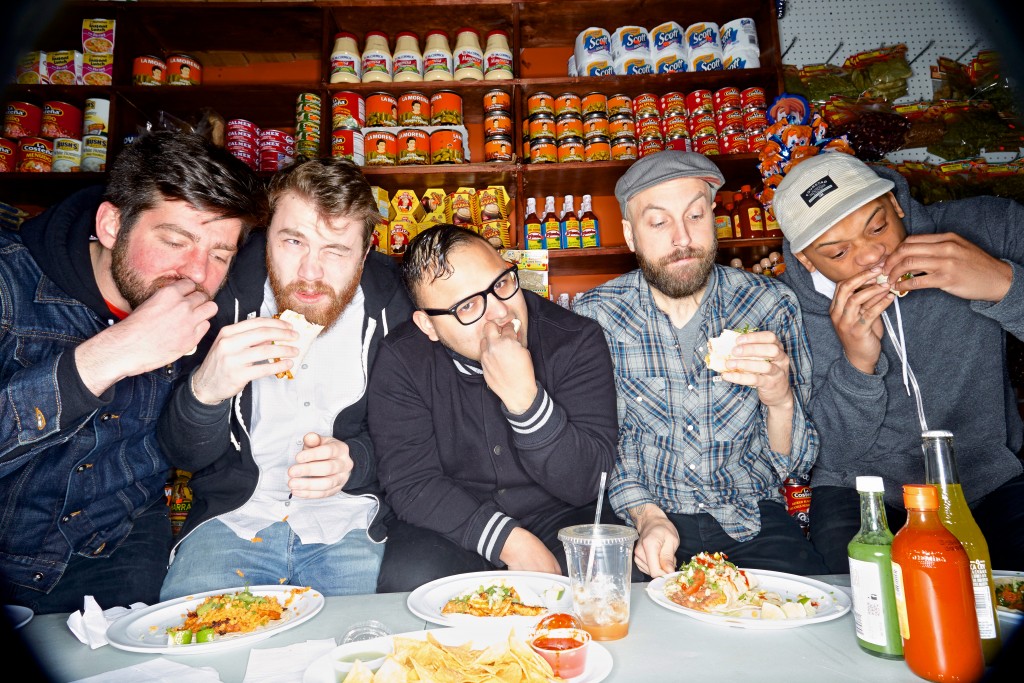 Due Out June 2nd On Panic State Records

Boston, MA punks, Rebuilder, have teamed with Substream Magazine to stream their debut full length, Rock & Roll In America, in it’s entirety. Due out on June 2nd from Panic State Records, the album’s crunchy melodic punk with a touch of Americana is sure to grab the attention of any fan of hooky, energetic tunes. Substream commented on the band’s ability to fit comfortably between the old and new schools of catchy punk, saying thatRebuilder are “perfectly channeling that turn-of-the-century sound that so many of us hold dear.”

Rock & Roll In America is available for pre-order from Panic State Records HERE. In addition to their upcoming appearance at The Fest 14, Rebuilder will also be playing shows with Toys That Kill and Catch 22.

Stream Rock & Roll In America:
http://substreammagazine.com/2015/05/exclusive-rebuilder-rock-roll-in-america-full-album-stream/
Boston, Massachusetts has always been a melting pot for the special intersection between American rock & roll and punk music. There’s something distinctly American about the city’s legacy of down-to-earth, working class bands, melding the universal appeal and swagger of rock & roll with punk rock’s grit and values.   Rebuilder have tapped into that legacy and seek to continue it with their debut full length, Rock & Roll In America.

Recorded by Jay Maas (Defeater, Transit, Make Do And Mend, Polar Bear Club) at Getaway Recording, Rock & Roll In America builds upon the promise shown onRebuilder‘s 2013 self-titled EP, and represents a sonic shift towards something more dynamic.  The band don’t shy away from taking risks, their melodic punk sound prominently features an organ, an instrument not often represented in the genre.  Despite the influence of Americana and rock & roll on Rebuilder‘s music, the band is invitingly familiar.  They’re the kind of scrappy punk band whose every note exudes such passionate enthusiasm, that you can’t help but root for them.  With the release of Rock & Roll In America, Rebuilderwill soon have many new listeners doing just that.