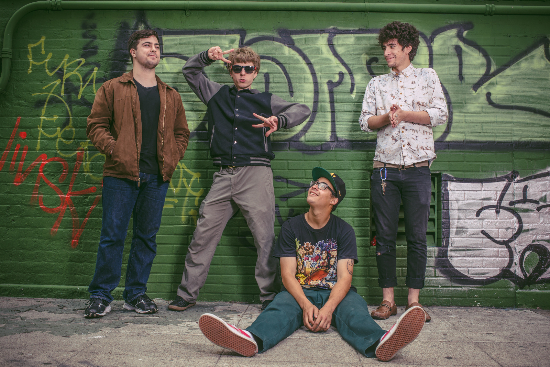 Stereo-fed on the blood and sweat of early Californian punk, a period which barfed forth influential pre-hardcore/pro-punk provocateurs such as The Germs, Angry Samoans and The Dead Kennedys, Oakland’s Nopes spring from similar Suburbian dungeons, hearts burning with the fun and fury of being young, gifted and ultimately unaccountable.

Recorded by Jack Shirley (Deafheaven, Boss-De-Nage) at The Atomic Garden Recording Studio in East Palo Alto, California, and mastered by Will Killingsworth (Orchid, Ampere, Bucket Full of Teeth) their soon to be released debut EP Nectar Of The Dogs is fuelled by wanton sugar intake, Bowie, corner store liqueur and well-worn copies of Negative FX and Bad Brains vinyl.

All songs written and arranged by Nopes. All lyrics written by Alex Petralia.
Cover art by Cahill Wessel.