Many Things Reveal Burn Together video‏ 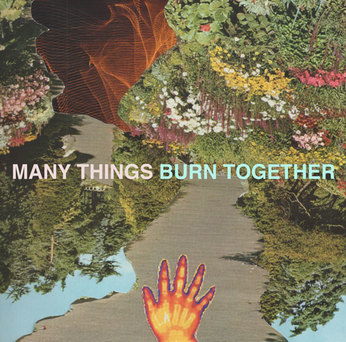 MANY THINGS
NEW SINGLE OUT NOW
WATCH ‘BURN TOGETHER‘ VIDEO

DEBUT ALBUM ‘BURN TOGETHER’ OUT THIS SUMMER ON DEW PROCESS

London-based indie trio Many Things will release their debut album ‘Burn Together‘ this summer on Australian label Dew Process (London Grammar, Circa Waves, Mumford and Sons, James Vincent McMorrow, The Hives…).
After the release of the first infectious single ‘Holy Fire’, they have returned with another track, ‘Burn Together‘. Lead singer Michael tells how ‘Burn Together’ was in fact the first ever Many Things’ song so it seemed only right that it would end up being their debut album’s title too. “It was a very emotionally turbulent time around writing this song and somehow this chord progression was like therapy, I found it very uplifting – the words came out without my being sure of their meaning. In essence it’s about realising that you’re all fucked-up, and that everything in your life is about to change because it really really has to.”
Many Things have just shared the new video for the single, which sees the faboulous Ruby Wednesday wondering at night through the dark and seedy streets of London. The video was directed by I Owe Youth
The band have confirmed a couple of dates in the coming months, with more to be announced soon

Many Things have spent the past couple of years recording the album between the UK, Germany and Australia, whilst releasing a series of killer singles and EP’s and playing their energetic, inspiring and often euphoric live shows.
The band have been stirring up a groundswell of hype ever since their London genesis. Their short existence has already seen them championed by the likes of NME, Clash and Radio One. They will be announcing live dates shortly, that will see them touring the UK, Europe and Australia over the rest of the year.
Many Things are Michael Tomlinson (Vocals, Guitar, Bass), Macks Faulkron (Drums) & Gabi Woo (Keys).
WATCH ‘HOLY FIRE’ VIDEO
www.mtmanythings.com
www.facebook.com/mtmanythings
www.twitter.com/MTManyThings
www.soundcloud.com/mtmanythings
www.youtube.com/SEEMTLIVE
www.instagram.com/mtmanythings

Sive releases new single Do It All The Time!