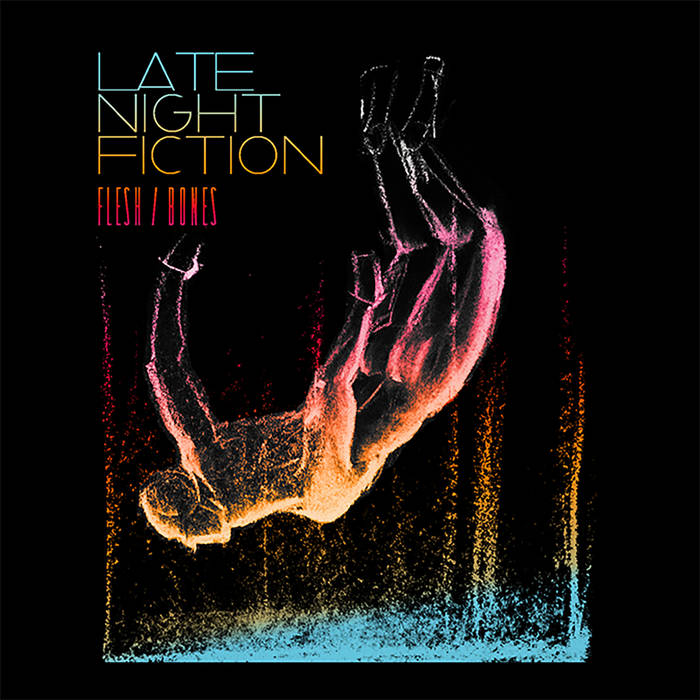 ‘Angular melody of which Biffy would be proud’ – Rock Sound

Having returned this month with their blistering new single ‘Flesh’, melodic post-hardcore band Late Night Fiction have unveiled a brand new video for the track – a visual reflection of the song’s dichotomy between light and dark, and its moments of barely restrained tension and visceral release

Filmed in the band’s hometown, Hull, the video was shot by local filmmakers Patrick Mateer and Josh Moore. Late Night Fiction’s guitarist James Thompson described the ‘Flesh’ shoot: “We wanted the video to be as much of a contrast as possible – a nice, polished white room, contrasted with a grainy black one. We shot the whole thing at Red Gallery in Hull, who were so helpful and happy for us to paint the walls, and even knock holes in them if we wanted.”

The video shows the band performing ‘Flesh’ in the two scenarios, with overlapping scenes shot on grainy super 8 film. As the band hurl paint across the walls and transform the room from white to black, the dark room shows lead vocalist and guitarist Phill Morris with exposed ‘flesh’.

‘Flesh’ was released on Mono Sound Records on Monday 1st June 2015, along with accompanying B-side ‘Bones’. Having returned afresh after a brief hiatus, ‘Flesh’ is an explosive indicator of what’s to come next from the post-hardcore quartet, who have been lauded by Rock Sound Magazine and Radio 1’s Zane Lowe. With plans to book a UK tour in the coming months, the band are also busy writing material for their first full-length album.