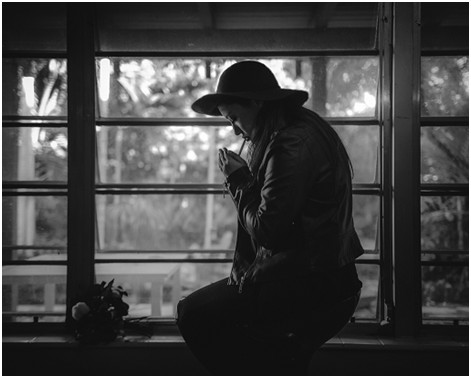 ‘It won’t take long for B.Miles’ incredibly genuine vocal range to impress you, and for that reason, we believe she could become widely acclaimed very quickly’ – Hilly Dilly
Having already drawn attention from a host of tastemakers across the world, L.A.-based singer-songwriter B. Miles’ debut single ‘Nine Matches’ is now available for free download.

Released earlier this year, the track was praised by the likes of Hilly Dilly, Wonky Sensitive and Indietronica, who likened her sound to London Grammar and Banks. The single charted on the Hype Machine and has since had over 100,000 plays on SoundCloud.

In the composition of ‘Nine Matches’, B. Miles turned to fellow songwriter Eric Nizgretsky, who introduced her to production duo Noise Club. Known for their work with established artists including Wild Belle, the Spin Magazine-approved Quigley, as well as Kp, who recently supported Arctic Monkeys on tour, they were the ideal choice to help bring her dark pop material into the limelight.
The result is a perfectly balanced track, in which each of Noise Club’s percussive elements create their own space against deep, lush synth pads – a wonderfully vibrant texture to support B. Miles’ soulful vocals.
The young artist first crafted her sound in Miami, rallying together musicians who shared her sonic vision, which she describes as ‘capturing the essence of melancholy and yearning, while finding beauty in the sadness and pain that all of us carry inside’.
In capturing this essence, Miles tries to stay true to a pop music aesthetic that she has carried as a performer since high school – yet she’s on a mission to break the mould. From crashing weddings and cliff diving to gigging mercilessly up and down Los Angeles’ Sunset Strip to make her mark, this bold artist is determined to succeed on her own terms.
With a new video and host of fresh singles in the pipeline, B. Miles is coming out in style – watch this space.