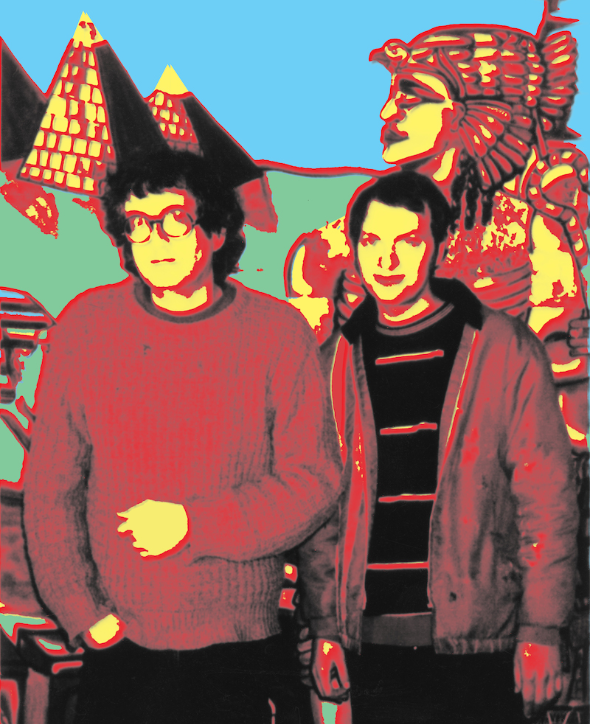 Art-punk legends return as duo for new release
Jad Fair and Jason Willett of legendary art-punk band Half Japanese premiere the first track from their forthcoming album as a duo today via Consequence of Sound. The album title track “The Greatest Power” is available to hear below-

See track listing and cover art below. The 18-track album sees the longtime bandmates return hot on the heels of Half Japanese’s 2014 album Overjoyed, which was the band’s first recording in over 13 years.
“This was the first take of a song we never did before,” Fair says of “The Greatest Power”. “I had a song title, but no lyrics written down. I like the spontaneity the song has.”
In keeping with Half Japanese’s tradition of all songs being “either love songs or monster songs,” Jad & Jason’s latest effort vacillates between these lyrical themes throughout with Fair on vocals and “occasional instruments” (mostly guitar) and Willett on “other instruments.” Drag City artist Michael Evans plays drums on title track “The Greatest Power.”
In 1974, with his brother David, Jad Fair co-founded the lo-fi alternative rock group Half Japanese. Over the ensuing three decades, Half Japanese released nearly 30 records, and in the process, attracted a solid base of fans passionate about the band’s pure, unbridled enthusiasm for rock and roll. Jad also performs and records as a solo artist, and occasionally collaborates with such musicians as Daniel Johnston, Danielson, Teenage Fanclub, Moe Tucker (of Velvet Underground), Yo La Tengo, Steve Shelly and Thurston Moore (of Sonic Youth), John Zorn, Kramer, and more.
The Greatest Power will be available on LP and download on September 8th, 2015 via Dymaxion Groove Records. Pre-orders are available HERE.

02. Monster On the Loose

06. I Remember Every Word You Said

11. Attack of The Giant Leeches

14. Giant From the Unknown