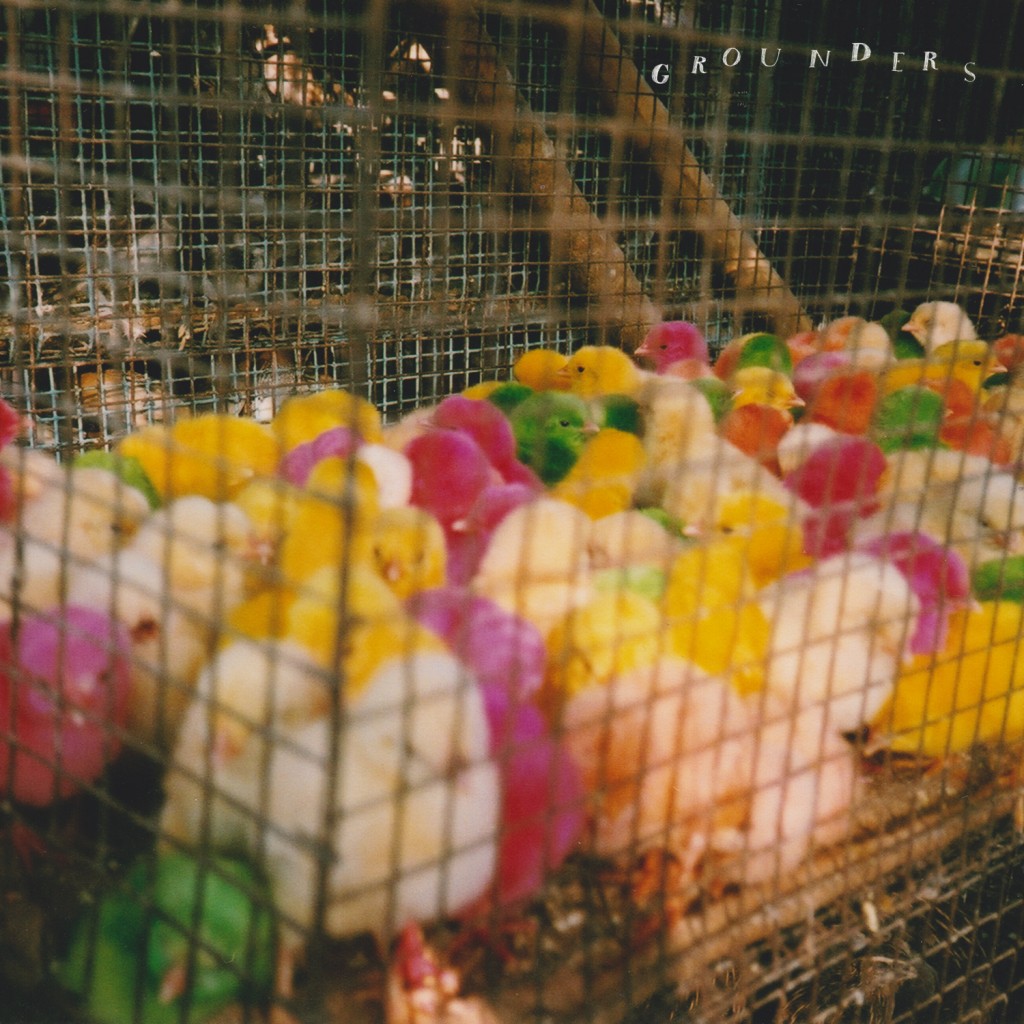 “Grounders, a Toronto-based quartet specializing in synth-pop of the dreamy variety, all shimmery licks and groovy kicks.” – Flood Magazine

“Toronto quartet Grounders sound hazy but are anchored by strong pop hooks.” – Brooklyn Vegan
Following up their critically acclaimed 2013 EP ‘Wreck Of A Smile’, Toronto-based four-piece Grounders return this year with the release of their self-titled debut album.
Taking inspiration from the psychedelic nostalgia of The Velvet Underground and The Zombies, and reinventing it into a more contemporary sound, Grounders have created a record that captures the true essence of what it means to be an emerging band in 2015.
The Toronto-based band, consisting of Andrew Davis (vocals and guitar), Daniel Busheikin (keyboards), Mike Searle (Bass) and Evan Lewis (guitar) – will release their first full-length album, a collection of dense and intricate pop music under the gauzy veil of krautrock and psychedelia.
“Where do you go? Waiting around, where do you go from here?” wonders the chorus of “Secret Friend,” With a dreamy, reverb-drenched intro, the song drifts alongside layers of wobbly arpeggiated synth lines and space-age guitar melodies. It’s the opening track, and it’s also a fitting intro to GROUNDERS new self-titled LP. It shimmers and gleams, but there’s a scrappy, stripped-back undertone that chips away at any polish. For every catchy hook and lush arrangement throughout the album there’s a woozy counterpoint that keeps things slightly off-kilter.
Whilst “Secret Friend” sounds like a bleached and sunbaked Zombies; “Vyvanse,” which yes, is named after the ADHD drug, contains a lilting guitar riff that’ll break your heart. “Pull It Over Me” careens into the dreamy ether courtesy of a wistful cyclical guitar that’s the epitome of a lazy summer’s day; “No Ringer” is a wobbly Silver Apples trance doused in a saxophone freak-out; “Fool’s Banquet” sparkles like early Broadcast flooded by constant glistening waves of pleasure.
After cross-country tours, an acclaimed debut EP and a David Lynch-inspired spiritual journey, GROUNDERS have finally come of age. The new self-titled LP will be available for general UK release from 17th July 2015 via Nevado Music.
Facebook: https://www.facebook.com/groundersmusic
Twitter: https://twitter.com/groundersmusic