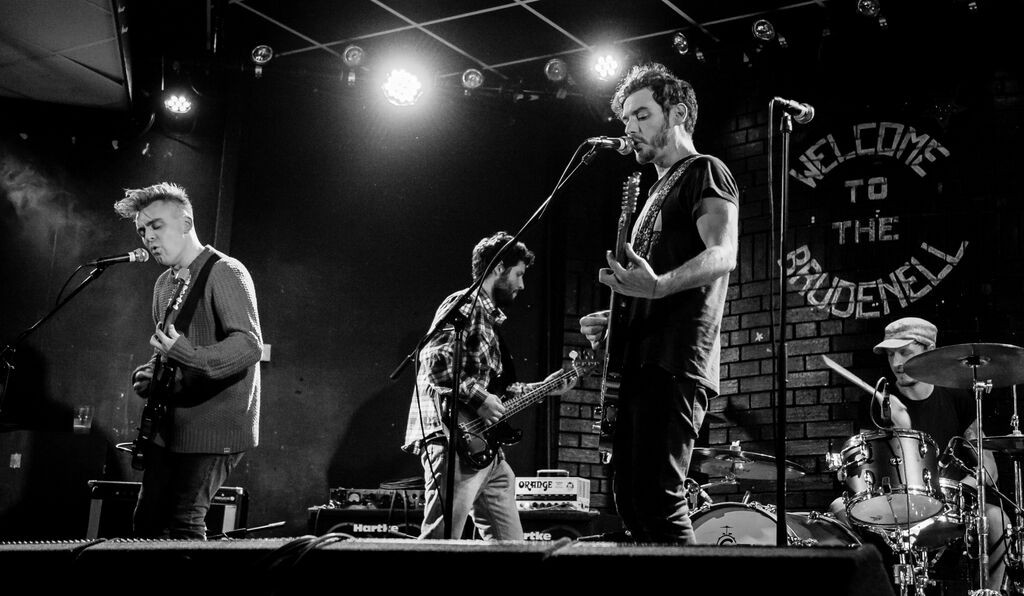 Taking musical inspiration from early 90’s US indie-rock such as Weezer, Pavement and Superdrag, “Lights Out” is the irresistible new single from Leeds based surf-grunge duo Black Surf. Ali Epstone (Vocals/Guitar) and Phil Jones (Lead Guitar) formed the band on opposite sides of the world (Sydney/Leeds) through the medium of Facetime and Dropbox.

Not the most conventional way to start a band, but somehow managed to piece it all together in the form of Black Surf’s debut EP.

Friends since school, they both had a vision of writing and recording music that spoke to them, first and foremost. Since reuniting in the UK at the start of 2015, Black Surf became a four piece with the addition of Tom Ramsden (Bass) and Mark Forster (Drums)

With the emphasis on big hooks and heartfelt lyrics, their sound has a has taken on blend of grunge and noisy indie-rock with a definite nod to those formative, childhood influences.