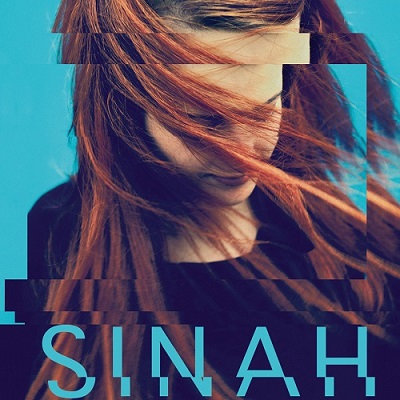 ‘one of the most astute and creatively ambitious artists to be working in London right now’ Earmilk
‘incorporating elements of lo-fi pop, electronica, and trip hop, SINAH is very much in the Grimes mold of indie pop star’ Indie Shuffle

Berlin-born, London-based producer Sinah releases her self-titled debut album on 15th June via Hamburg-based labelFinaltune Records.
With her aggressive-minded beats and surefire lyrics, Sinah Blohberger’s highly anticipated LP clearly exhibits the credentials that have seen her labelled as one of the most innovative and interesting musicians to be working in the London electronic music scene right now.
Combining electronic elements with Eastern instrumentation, her new material showcases an altogether more driven, focused feel, drawing listeners in with a haunting, half-sung delivery designed to bring to life an anxiety particular to today’s youth.
Distinguished by its musical diversity, ‘SINAH’ is a journey of ten tracks which each reflect her mood on writing them, with experimental tracks like ‘R.I.P.’ and ‘Potters’ contrasting to the driving hook of ‘Harder’, poppy sounds of ‘Just OK’ and exotic, layered instrumentation of latest single ‘Loveless’.
Boasting a production sound influenced by a love of hip-hop and blended with dance music, Sinah also incorporates elements of trip-hop and lo-fi electronica into her work, which has seen her compared to FKA Twigs, Bat for Lashes and Hundreds.
An active remixer, Sinah has reworked the likes of Alt-J’s ‘Breezeblocks’, as well as ‘Lekka Freakout’ by Guardian-approvedBeaty Heart and ‘Turbine’ by Barbarossa, an artist lately championed by BBC 6 Music’s Lauren Laverne, and for whom Sinah provided support  at his sold out album show in 2013.
Although Sinah’s first ambitions were not musical, she fell in love with playing the bass and started producing her own tracks on Logic aged 14. Four years later, she moved from her native Germany to spend a year in Brooklyn, where she cut her teeth as a session musician.
On moving to London, she began playing bass with psych-rock band Lola Colt, gaining stage experience on tour and playing festivals such as Glastonbury and SXSW. The band also received praise from Q Magazine and The Quietus.
Now devoting her time to her solo work and fine-tuning a live performance format that accompanies her ability to work across and beyond genres, Sinah is a true ‘one to watch’ this year.
TRACK LISTING
1. HARDER
2. SLEEK
3. LOVELESS
4. POTTERS
5. I HAD THE NEED TO
6. JUST OK
7. HOME (FEAT. CHLLNGR)
8. STARRY EYED
9. NOBODY KNOWS
10. R.I.P.
soundcloud.com/sinah
facebook.com/sinahofficial