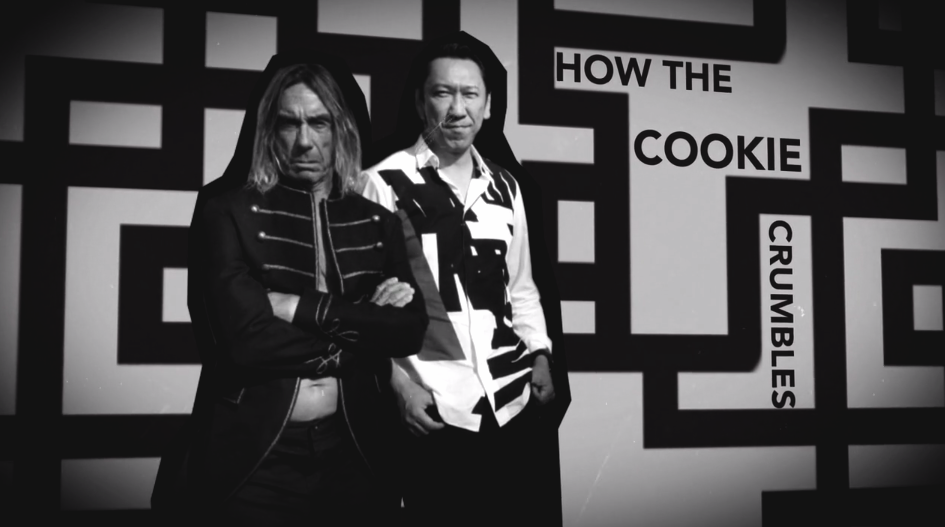 One-off intimate show at The Lexington on July 7th

Guitar superstar TOMOYASU HOTEI has revealed the lyric video to his debut UK single ‘How The Cookie Crumbles’, which features the legendary front man Iggy Pop and was premiered yesterday on NME.com.

The lyric video perfectly captures the raw power of the song, describing a world in decay with images of both Iggy and Hotei (pronounced “hoe-tay”) snarling in the face of threat. Featuring Hotei’s unique graphic emblem, which is emblazoned across his guitars and artwork, the video reflects Iggy’s inspiration of the earth as a ‘cookie’ crumbling away as humanity destroys the very world in which we live.

An explosive high-energy rock stomper, ‘How The Cookie Crumbles’ roars with the best of Hotei’s dynamic attitude. The Line Of Best Fit were first to tip the track saying, “This new collaboration with Iggy Pop is as intoxicating as anything we’ve heard from Hotei. It’s a bombastic electro-rock cut, with riffs serpentining through buzzing waves of synth pinball machine freneticism and Pop’s grizzled howls. It’s a kind of ‘screw it’ track that’ll get you lost in the moment.”

The single will be released via Spinefarm Records on June 15th, just prior to Iggy’s two Wembley Stadium shows as Special Guest to the Foo Fighters and is taken from Hotei’s brand new album, which will be released in the autumn.

Hotei, who has sold more than 40 million records is best known around the world for his original song, ‘Battle Without Honor Or Humanity’, instantly recognisable as the theme from Quentin Tarantino’s film Kill Bill.

Hotei relocated to London from Tokyo in 2012 to focus on his international career; since being in the UK, he has headlined sold-out shows at the Roundhouse (2012), and Shepherd’s Bush Empire (2013), and has just announced a one-off intimate show on July 7th at The Lexington.

DEMOB HAPPY ANNOUNCE NEW SINGLE | ON TOUR WITH THE CRIBS