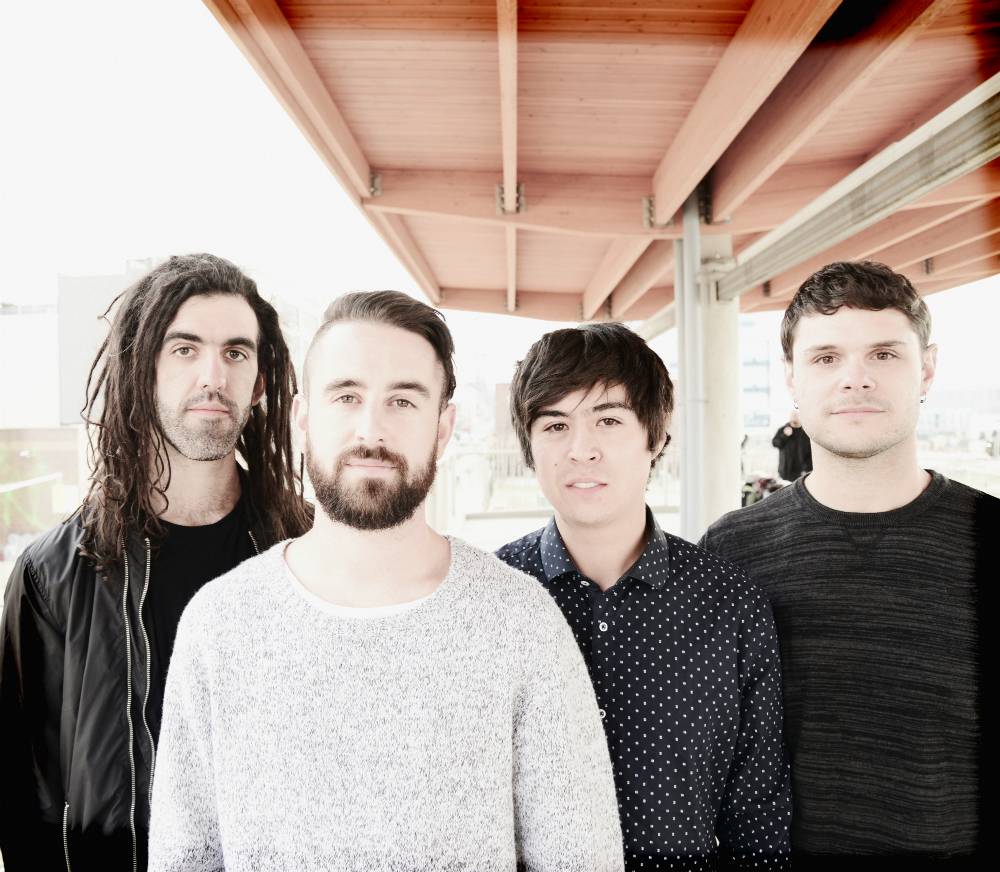 “Has everything and more.” – Kerrang! (KKKK)
“’Connector’ is proof that I the Mighty are getting stronger.” – Rock Sound
“’Connector’ hits everything we’d want (and a little more).” – Alt Press (4/5)
“This is a fantastic statement from a fantastic band.” – New Noise Magazine (4/5)
“There hasn’t been an album that feels as honest as ‘Connector in a while.” – Punktastic

San Francisco’s I the Mighty have released their new album ‘Connector’ this week via LAB Records / Equal Vision and its streaming in full here. They’ve also just unveiled a new music video for the track ‘The Lying Eyes of Miss Erray’. As vocalist Brent Walsh explains, “’Miss Erray’ is that figurative girl in every guy’s life, who immediately takes hold of you the second your gaze falls upon her. You pretend it’s love, though it’s clearly lust and the world goes black with the exception of this world of color in the shape of a woman. Her hold on you eventually fades when you realize how blinded you were by her physical beauty.”

‘Connector’ comprises 12 new songs of I the Mighty’s best work to date. Without a particular goal in mind, and effortlessly achieving a sound that combines pop, rock and heavy music into a flawless musical amalgamation, the four piece have brought an incredible new album that highlights their formidable skills as musicians and songwriters. ‘Connector’ features soaring vocals with meaningful lyrics, and intricate guitar parts that are eloquently written and recorded with precision.

From the atmospheric scene-setting opener ‘An Epilogue as a Prologue’ which links up cyclically with the album’s ethereal but emphatic final track ‘The Frame I: Betrayal in the Watchtower’, to the pure pop melodies of ‘Friends’ (which features a guest vocal turn from Max Bemis of Say Anything) and ‘Playing Catch With .22’, ‘Connector’ is a musical journey of epic proportions.

I the Mighty released their debut album ‘Satori’ in 2013, and has grown immensely as a musical unit since then, creating new material that will undoubtedly propel them to the next level. ‘Connector’ was produced by Mike Green (Paramore, Pierce The Veil, All Time Low) in Los Angeles, where the band split studio time between Green’s studio and the Madden Brothers Studio.

I the Mighty have toured with Say Anything, Eisley, Coheed & Cambria, letlive., Balance & Composure, Architects UK and, most recently, Enter Shikari.