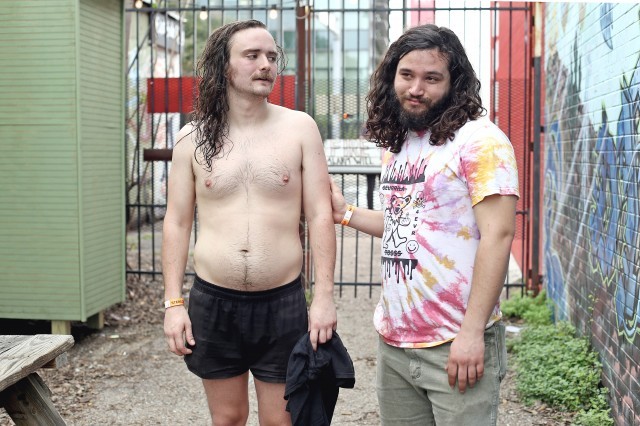 Nashville, TN’s Gnarwhal are streaming their new LP ‘Shinerboy’ on Culture Collide along with an exclusive photo diary, featuring some behind-the-scenes photos from the making of the LP.

Shinerboy is out now via Flannel Gurl Records(vinyl) and Exploding in Sound Records (cassette).

“Gnarwhal is fast, disorientingly technical, and aggressively tight. The Nashville two-piece sound like they were ripped straight from the Level Plane roster of the late 90s. Desperately loud screaming over blazingly fast math-punk jamming by two guys who sound like they’re in a mad race to show off their skills on their respective instruments. So while we are constantly bombarded by bands trying to duplicate what Nirvana did, let us thank the gods of music for Gnarwhal.”
– Noisey

“Nashville’s Gnarwhal are an ambitious band; using a single guitar and drums, the duo harbor a sound so tenacious that its rhythmic technicality is easily overlooked due to the sheer power of their overall sound.”- Stereogum