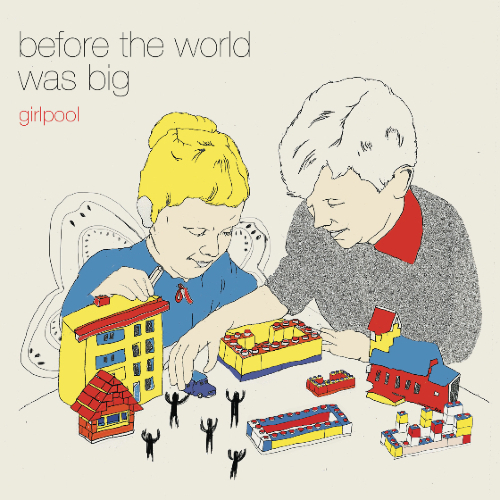 – NEW LIVE VIDEOS ONLINE TODAY
– LONDON SHOWS ON SUN, TUES & WEDS
– DEBUT ALBUM ‘BEFORE THE WORLD WAS BIG’
OUT THIS WEEK ON WICHITA!

With their debut album ‘Before The World Was Big’ released on Wichita this week, GIRLPOOL are heading to the UK for a series of London shows over the next 7 days!

The duo will play a sold out album launch show at Dalston Roof Park this Sunday June 7th, a Rough Trade East instore on the 9th and a show at Electric Ballroom supporting Waxahatchee on the 10th. They return to the UK for a full tour, festivals & headline London show at The Scala in September – details below.

To celebrate the release, Wichita have shared new video clips for 3 favourite album tracks, ‘Chinatown’,‘Cherry Picking’ and the record’s title track ‘Before The World was Big’. The videos were recorded, quite simply, live outside.

Praise for ‘Before The World Was Big’:

“Girlpool are an unstoppable force” – **** DIY
“Introspective, diaristic songs that make a virtue of their simplicity” – **** Uncut
“Girlpool are testament to the fact that you can be precise and heartfelt at the same time” – **** The Skinny
“A record that will make you wanna hug your pals and never let them go” – 8/10, Drowned in Sound
“This brilliant half-hour of punky Americana is a chance to read the journals of the coolest kids in town.” –8/10, NME
“The emotional gravity carried by its brevity and simplicity, a quantum leap from last year’s self-titled EP, is nothing less than astounding.” – 9/10, The Line of Best Fit
“Sharp, penetrating personal insight” – MOJO
“Equal parts radical and sentimental… bristles with the crackling, wistful energy of change and approaching adulthood.” – LA Times
“Magnetic… It almost doesn’t matter what they’re singing about. The sound of their voices together contains it all.” – NY Times
“Raw, minimal, yet emotionally fierce… loaded with moments of offhand intimacy and caustic wit.” – Rolling Stone