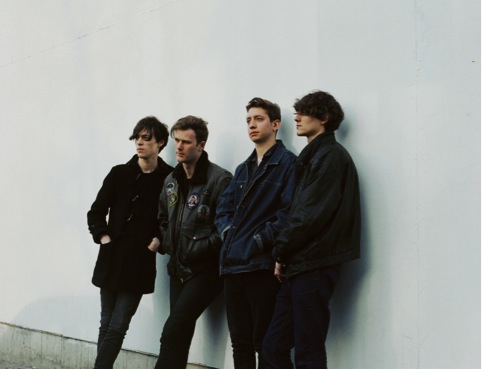 Debut album, A Dream Outside, out 15th June Transgressive Records

With the release of their debut album only a matter of weeks away, North London group Gengahr are pleased to share their trailer for A Dream Outside.

Filmed in Stoke Newington by close friend Billy Howard-Price, the short offers a behind the scenes look as the boys prepare for their sold out album launch party at legendary Dalston cinema, the Rio. The film is soundtracked by cuts from the band’s album and features previously unheard material ‘Trampoline’ and instrumental ‘Dark Star’.

Gengahr have also announced a run of intimate in-store shows to celebrate the release of ‘A Dream Outside’, these will take place at the following record stores:

While they bashfully describe their successes to date as “happy accidents”, there’s clearly something greater at work behind Gengahr’s rise. A timelessness that has captured the hearts of all they’ve come into contact with, last year’s signing to independent Transgressive and the upcoming release of their debut album A Dream Outside – awarded five stars by DIY magazine – are just the start. Comparisons to Radiohead are anything but reductive; there is sure to be a similarly twisting and enormous path ahead of this hypnotic North London quartet.

Pre-order A Dream Outside and find out more information viawww.gengahr.com

mewithoutYou Streams “Pale Horses” via Noisey, Out June 16, 2015 via Run For Cover Records, US Tour Starts This Week‏