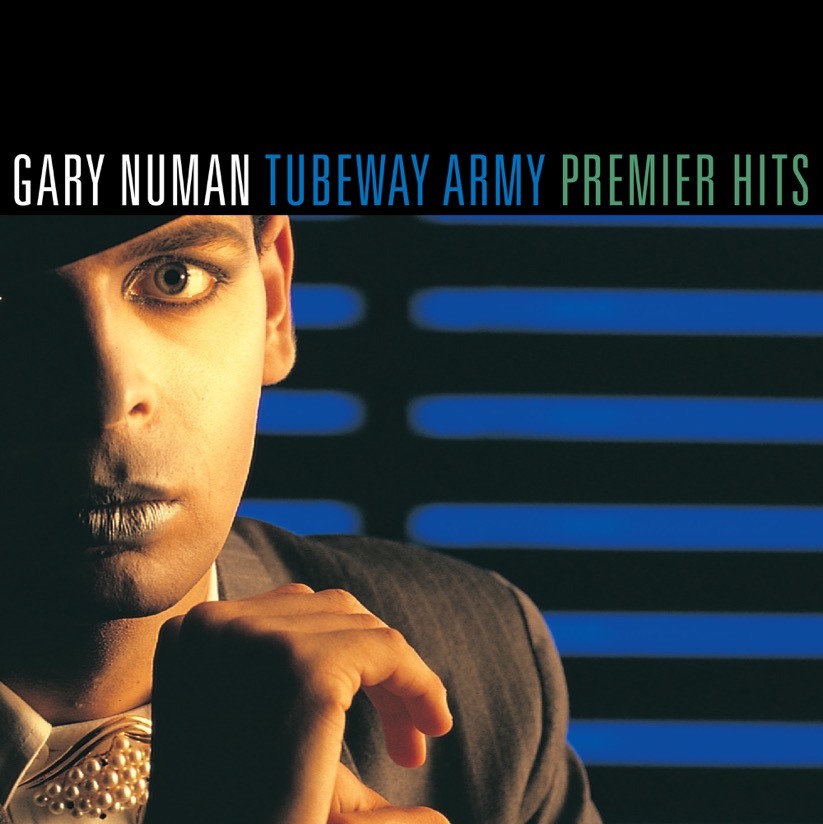 The Arkive Announces Vinyl Reissue of
GARY NUMAN/TUBEWAY ARMY – PREMIER HITS
Definitive compilation album of Gary Numan’s best known hits to be made available on vinyl for the first time
Double LP due out on 14 August 2015
Gary Numan is a pioneer, and his influence on so many artists is unmistakable and grand. Gary’s style connects him with fans of multiple genres… electronic, industrial, indie-rock, metal, etc. He remains an innovator, and his fan base continues to grow.
He’s been name-checked as an influence by everyone from Kanye West to Foo Fighters and Queens Of The Stone Age, and an ever-growing list of artists have covered and sampled his music. These range from Basement Jaxx to Damon Albarn; Afrika Bambaataa to RZA and GZA from the Wu-Tang Clan.
Premier Hits is a 21-song compilation album and this is the first time it’s been available on vinyl, due out on 14 August via The Arkive. This perfect introduction to the world of Gary Numan is a 2LP set and contains his best-known hits including “Cars”, “I Die: You Die”, “Are ‘Friends’ Electric?” and more. The LP also contains four bonus tracks, “Metal”, “We Are So Fragile”, “Films” and “Me, I Disconnect From You”.
Gary Numan will be playing a series of concerts in October, performing three of his most iconic albums; Replicas, The Pleasure Principle and Telekon, which are all due to be reissued on vinyl later in the year.
LIVE DATES:
Wednesday 21 October – The Forum, London – performing Replicas
Thursday 22 October – The Forum, London – performing The Pleasure Principle
Friday 23 October – The Forum, London – performing Telekon
Saturday 24 October – Manchester Academy
“There are still people trying to work out what a genius Gary Numan is.” – Prince
“I was always impressed by the way Gary Numan found his own voice–and it was unusual–but it was unmistakably him and boldly him. I see me doing what I learned from him.” Trent Reznor, Nine Inch Nails
“Gary Numan proves music has always been really inventive for the masses” – Lady Gaga
PREMIER HITS
TRACK LISTING:
A1. Cars
A2. I Die: You Die
A3. Are ‘Friends’ Electric?
A4. Down In The Park
A5. We Are Glass
B1. Metal (Remastered 2009)
B2. We Are So Fragile
B3. Bombers (Remastered)
B4. We Take Mystery (To Bed) [Edit]
B5. She’s Got Claws B6. Complex
C1. Music For Chameleons (Edit)
C2. That’s Too Bad (Remastered)
C3. This Wreckage
C4. Films (Remastered 2009)
C5. Warriors
D1. Me, I Disconnect From You
D2. Love Needs No Disguise
D3. White Boys And Heroes (Edit)
D4. Sister Surprise (Single Mix)
D5. Stormtrooper In Drag