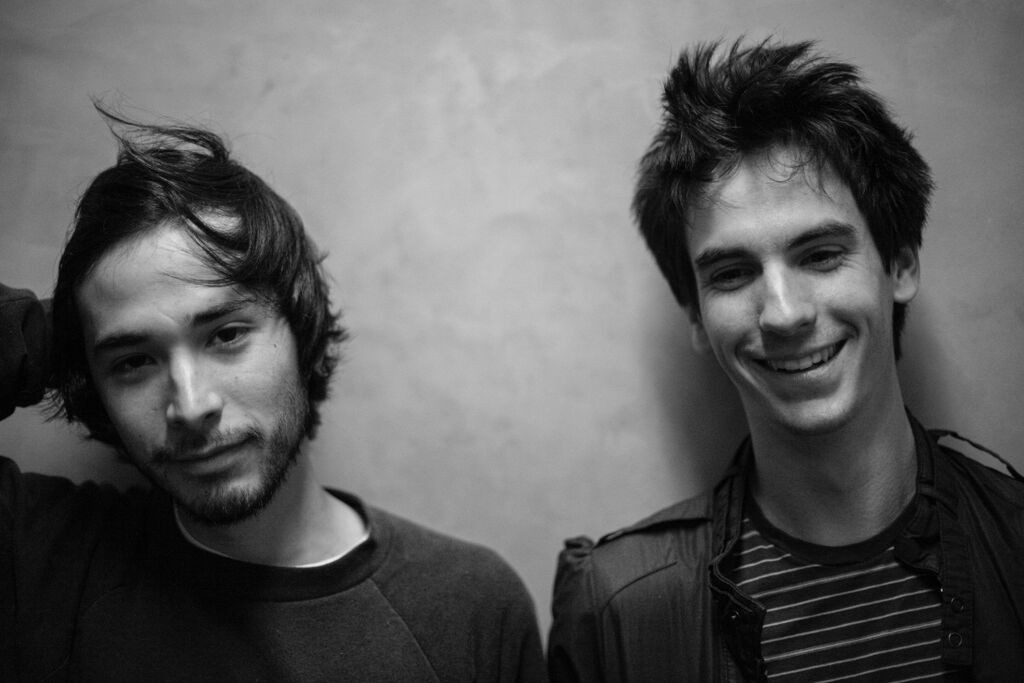 Intricate, witty, inventive dazzling The Guardian
A genius bit of giddy, bass-driven disco-funk Stereogum
Fresh, immediate and doesn’t sound like what anyone else is doing at the moment DJ Mag

De Lux will release a new album, Generation, on June 22 through Innovative Leisure (Tropics, Classixx, BADBADNOTGOOD). The band are trailing the announcement with new track ‘Someday Now’ which is streaming here.

On their 2014 debut album Voyage, L.A duo De Lux learned how to take their influences and create a sound all their own— a synthesis of post-punk, disco, funk and synth wizardry that drew inspiration from the same combination of agitation and exhilaration that helped LCD Soundsystem and Talking Heads deliver their unique brand of danceable social commentary. Now that they’ve found their sound, De Lux are creating a story to go with it on their new album Generation.

On Voyage, De Lux sounded every inch an emerging band of 1979 or 1982 as much as 2014, an aesthetic entirely informed by the meticulous tastes of Sean Guerin and Isaac Franzo. Encountering each other during High School in L.A., Isaac and Sean had both been independently finessing adventures in music since the age of 15. A teenage Isaac pored over the sources of hip-hop’s greatest samples via an elder DJ brother’s collection- all the while following a strict diet of classic and obscure disco/boogie tunes- whilst Sean was holed away recording & re-recording the songs he’d been writing since his early teens. Both were ultimately in pursuit of the groove, that moment where bass & beat align to hypnotic effect- a kinetic energy you feel playing out more than once across the careering, one-take recordings which comprise Voyage.

Once their debut was released, De Lux found themselves caught up in a whirlwind of touring – “All fun!” says co-founder and multi-instrumentalist Sean Guerin — but they had to fight to find time to write. A work-in-progress song “It’s A Combination” was the tipping point, when Sean and his bandmate Isaac Franco realized they’d been making rough drafts for a year. They returned to the L.A. practice space where they wrote and recorded Voyage with new instruments — like the little-known but sought-after synthesizer guitar beloved of King Crimson’s Adrian Belew — and new inspirations, chief among them punk performance artist Karen Finley, whose 1987 debut album Sean discovered at a Seattle record store. Her infamously uncensored lyrics made him realize there was more he could sing about, too: “You admire the ambition behind her saying whatever she wants,” he says.

Generation is a darker album than Voyage, heavy on urban anxiety and audaciously candid, too. Over its eleven songs, De Lux charts the distance between childhood and adulthood, nostalgia and aspiration, and dream and reality, all with unflinching autobiographical detail (and with a secret nod to the Pokémon theme, too). “When I write lyrics,” Sean says, “I try and be as specific as possible. We think about if someone listens to us in 30 years: ‘Oh, that’s what was going on at that time.’” The result is entirely unfiltered and fearlessly contemporary.

Beginning with the propulsive “L.A. Threshold”, Generation rides the borderline between feel-good rhythm and artfully rendered sentiment. “The first album was just more innocent,” Sean explains, while on Generation, “There are dark moments, but it’s still fun”. There’s a new attention to space in De Lux’s sense of rhythm and groove, says Isaac, for Sean to say what he needs to say, with songs that “give him the freedom to be himself.”

Never one-note, Generation is an album about high highs, low lows and the vast space in between. “Center of L.U.B” is a roller-skate jam that starts with a Can-style guitar riff before spinning into an examination of one utility company employee’s ennui while “It’s A Combination” is a brooding Italo disco track, and unexpected piano piece “Conditions” is like Harry Nilsson through the prism of early Rough Trade Records. Then there’s the satirical and harrowing “Oh Man The Future” propelled by a bass-and-drum rhythm right off reminiscent of early ESG, and the desolate yet funky “When Your Life Feels Like A Loss,” where De Lux dissect just what happens when “you think you’re special/no, you’re not special/you’re just an average guy.” In other words, Generation isn’t a departure. This is De Lux going deeper, not farther away, and the result is electrifying.