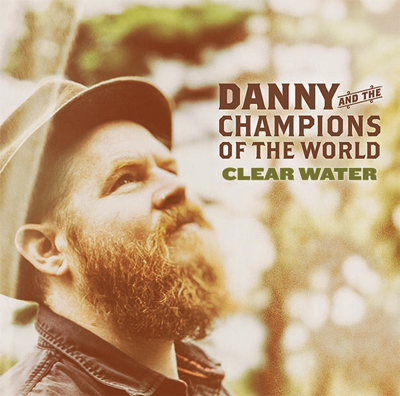 NEW ALBUM ‘WHAT KIND OF LOVE’ OUT NOW ON LOOSE RECORDINGS

“”brassy, Caledonian soul that will inevitably prompt thoughts of Van (and perhaps Sam Cooke) tempered with northern and Memphis colours and burnished with some country pedal steel. An unabashedly upbeat and romantic album” FOLK RADIO UK

“honest soulful, powerful music with a lot of purpose and feeling” AMERICANA UK

“Wilson’s delivery is straight out of the Otis Redding playbook and it works.”NO DEPRESSION
Danny & The Champions Of The World have just released their fifth studio album, What Kind Of Love, via Loose Recordings. Led by Danny Wilson (Grand Drive), Danny & The Champions Of The World spent much of last year on the road (one such night was captured on 2014’s justly acclaimed Live Champs!), touring across the globe. Following the end of their travels, the group repaired to the studio and cut ten new songs with home team producer Champs bass player Chris Clarke at his north London studio Reservoir Sound.
As the title suggests, the album finds Wilson and his bandmates exploring love in all its facets. “Every song on the album is a love-song of some fashion,” Danny explains. “These are love songs about friends, about ex-friends, about wives… All different kinds of love. Also, the title made me think of some mythical jazz or soul record – you could totally imagine an album on Blue Note called What Kind Of Love.”
The second single ‘Clear Water‘ is released on 10 July 2015.
Speaking to The Line of Best Fit about this track, Danny says: “Every album I’ve made, including all the Grand Drive stuff, seems to really start moving when a certain song is written… a kind of catalyst that seems to define the feel and approach of the whole process from there on in… it’s not necessarily the first song or even the best song written but it’s the one that everything seems to hang off. “Clear Water” was that song for this album… it set the tone for everything that went on from that point. I wrote it with Paul Lush, our guitar player, in Oslo I think. We toured a hell of a lot last year and I’ve never written much on the road before but getting the guitars out and opening a bottle of wine on days off became a regular thing… I started looking forward to it… I hadn’t collaborated on songwriting since the early days of Grand Drive and it was refreshing, fun. There’s no pressure… you don’t need to record it… it’s funny, when you’re young you start out trying to be Dylan or Townes, feeling that you have to say everything in three minutes… now I wanna be Chuck Berry or Bob Gaudio! This song reminds me of “Chairman Of The Board” and that makes me very happy…”

A joyful riot of Caledonian soul, proud horns, country pedal steel and ballads that either break your heart or send it soaring, What Kind Of Love contains some of Danny Wilson’s greatest music yet. It’s the kind of album that will leave you itching to catch them live again – and you’re in luck, as they’ll be touring across the UK in June and will be playing festivals over the summer.