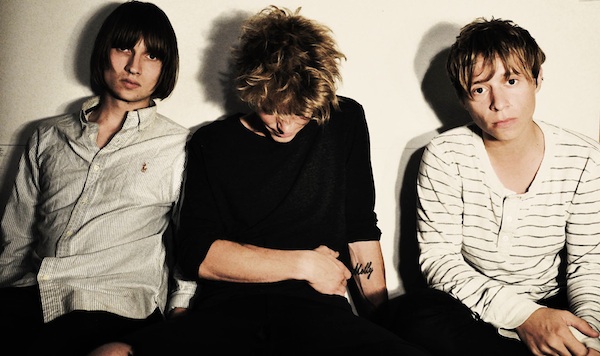 “Danish trio Slaughter Beach has released “Spinning Globe.” It’s a follow-up to their “Made-Up True Love” debut, just the second track to reach the Internet. Slaughter Beach is just beginning to stretch their wings—their Soundcloud claims the band working on more material, but if the next round of music sounds anything like their first two tracks, there’s no need to rush. Spaced-out vocals and crackling guitars overlay countless riffs with incredible sticking power.”
Pigeons & Planes (US)

Based in their hometown, Odense, it’s no surprise that NME, Line of Best Fit, Pigeons & Planes and more notable music press have picked up Slaughter Beach’s first two songs on Soundcloud.

Slaughter Beach made their live debut in Gothenburg, Sweden, before being invited to play at Canadian Music Week in Toronto. The trio will return to Denmark to play Roskilde Festival & Grimmeste Festival this Summer.

The band, Hasse, Nikolaj and Mads, are not rushing things, despite of the hype. Instead they have moved into their studio in Odense, where they use most of their time on: eating, sleeping and making new songs.