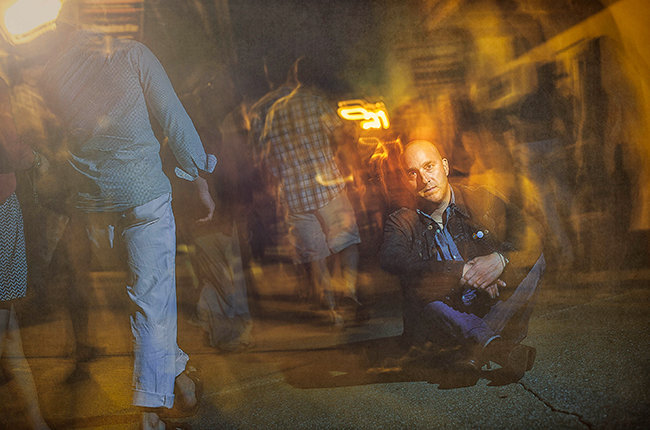 Xtra Mile Recordings is excited to announce the release of ‘Party Adjacent’, the second full-length from Alkaline Trio’s Dan Andriano‘s solo project, Dan Andriano In the Emergency Room on July 17, 2015. The first fruits from this stunning album is the track ‘Enemies’ – check out the lyric video here:

Pre-order the album now and receive this track instantly:

“The Emergency Room started as something for me to do with songs I had been writing that didn’t seem to have a place on Alkaline Trio records,” explains Andriano.  Started when he found himself living in Florida, he released his debut full-length Hurricane Season in 2011 and toured troubadour-style around the release with just an acoustic guitar on the US and European legs of the Revival Tour.

Released by XMR for the world (ex NA) and Asian Man Records in the US – Party Adjacent marks the beginning of a new chapter to the Emergency Room story.  Produced by Jeff Rosenstock, formerly of Bomb the Music Industry, Andriano is joined by a backing band of Jeff, Kevin Higuchi of The Jeff Rosenstock Band and Mike Huguenor of Hard Girls to fantastic effect.  With influences ranging from Thin Lizzy to Elvis Costello to Billy Bragg, Party Adjacent is obviously one of those rare records that is built by an artist’s singular vision and augmented by exactly the right collaborative team.

Tracklisting is below, stay tuned for more information on the release in the coming months.