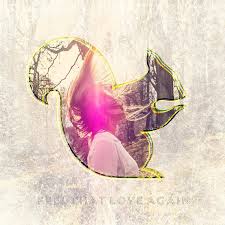 “Blackmill gives a serene, yet other-worldly sound to his tracks that’s…each song has an emotional, almost hypnotic feel that could leave you in a trance until the end.” (Westernfrontonline)

“It’s a change of pace before his imminent return to the more melodic-influenced sound and the added vocals from Graham Brown are just what the doctor ordered.” (Yourdm)

“We all have that one artist we’re obsessed with, that artist who’s music inspires you to make music yourself; my secret obsession is producer Blackmill.” (I Like Music)

With 400,000 worldwide single sales and 80,000 worldwide album sales to date, 61 million streams, and over 70 million YouTube views – Blackmill’s Robert Card truly is one of the princes of melodic dubstep.  In 2010 Blackmill reached number one on Hype Machine with their remix of ‘Your Song’ by ‘Ellie Goulding’, his music featured on BBC’s Hustle, and he has collaborated with Mt. Eden considered to be one of the godfathers of melodic dubstep.  Influenced by artists such as Bob Marley, Bar 9, and Mt Eden, his album ‘Miracle’ is considered by fans of electronic dubstep to be one of the must listen to records.

With a huge cult following, the enigmatic producer has finally returned after four years with a tropical house track, an experimental departure from his trademark melodic dubstep sound, but one that is destined to be this summer’s soundtrack.  With mellow, almost sultry saxophone, a slow rhythm, a bouncy bassline, and the soft nostalgia driven vocals of Graham Brown, this song has been a labour of love for Blackmill; a love that radiates throughout the track and warms your soul. This is sunshine woven with poetry, caressing your mind, making the whole beautiful world easy.

Robert and Graham met way back in primary school whilst growing up in Inverness.  Robert claims to have recorded hundreds of tracks over the past four years but due to his desire for perfection, that resulted in his widely acclaimed earlier releases, these tracks remained gathering dust on hard drives.  That all changed after both Robert and Graham travelled to America visiting several locations.  It was what was to become a voyage of rediscovery, they found new inspiration and once again fell in love with their music.  On return from America they blew the dust of their hard drives and recorded what is surely to be a huge song this summer…