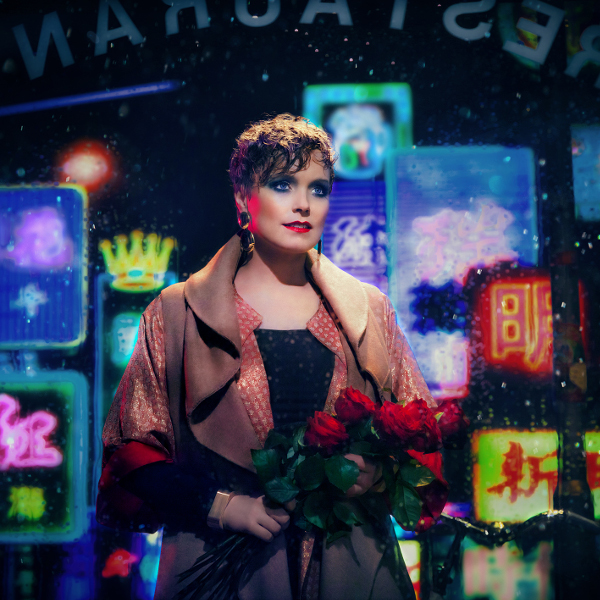 Swedish based Norwegian Ane Brun has announced details of her sixth studio album, When I’m Free, which will be released by her own label, Balloon Ranger Recordings, on September 4, 2015, as a CD, LP and digital download.

The album comes at a busy time for Brun, who has toured constantly throughout the last two years – in a variety of formations, from full band to solo – and who also released a Best Of, Songs 2003-2013, and aRarities album, in 2013, as well as a live album in late 2014. She also co-wrote and scored a UK Top 5 hit (and Dance Chart No. 1) in 2015 with Dr. Kucho! & Gregor Salto featuring Ane Brun ‘Can’t Stop Playing (Makes Me High)’.

Largely written in her Stockholm studio space, When I’m Free finds Brunemploying new techniques to forge songs that she resolved would feature more rhythm and brass within the same, intimate, warm sound she’s always constructed. Where 2008’s Changing Of The Seasons looked to Bonnie Prince Billy’sThe Letting Go, and 2012’s It All Starts With One was inspired by the likes of Ray Lamontagne, Nina Simone and Madonna’s Ray Of Light, When I’m Free looks back joyfully to some of the sounds that shaped Brun’s youth: DJ Shadow, Charles Mingus and Lauryn Hill, indications of the versatile musical taste she’s displayed since she was a child.

For the recording sessions, Brun again worked with Tobias Fröberg – who’d handled production duties forIt All Starts With One – but this time took on the role of co-producer, allowing songs time to evolve as they refined the record’s defining aesthetic over an almost eight month period in Stockholm’s legendary Atlantis Studios, her last album’s GIG Studios home and her own studio.

The unusually sophisticated, elegant results – which explore disparate musical arenas, from the trip hop influenced ‘Directions’ to the magically fragile ‘All We Want Is Love’, from the Eastern-tinged ‘Shape Of A Heart’ to the confessional ‘Black Notebook’, via the environmental concerns of ‘Better Than This’ and the sexual politics of ‘You Lit My Fire’ – no doubt stem from the fact they were performed by the musicians with whom Brun spent much of 2013 touring the world: bassist Dan Berglund (previously part of the Esbjörn Svensson Trio), pianist Martin Hederos (Soundtrack Of Our Lives), drummer Andreas Werliin (Wildbirds & Peacedrums) and guitarist Johan Lindström, who also work together as instrumental group Tonbruket. Also guesting on the album are Lars Skoglund (Lykke Li) and Ola Hultgren on drums; Tobias Gabrielsson (electric bass); Linnea Olsson, Nina K and Sabina Ddumba (additional vocals); and John Eriksson (of Peter, Bjorn & John), who joins them on timpani for ‘Directions’ and provides percussion and mallets for ‘Black Notebook’. The album cover’s photography was provided by Swedish artist Aida Chehrehgosha.

When I’m Free’s genesis lies in Brun’s enforced cancellation in late 2012 of a North American tour with Peter Gabriel. Whereas she had previously struggled occasionally with her health concerns, letting them weigh her down, this time she had an epiphany. “One night,” she recalls, “I woke up and thought, ‘Why are you so afraid? It doesn’t help you in any way. Let your mind and body rest so it can heal.’ When I recovered, I experienced an almost bliss-like feeling. I’d replaced all the worrying and fear with gratitude, and the feeling lingered. So somehow, since 2012, I’ve been able to approach life very differently than before.”

Born of confusion and yet revelling in clear-headedness, When I’m Free represents further musical progression from her early, acoustic songwriting, with Brun sounding more spontaneous and full of life than ever, her growing confidence in her pure-as-a-bell voice and her ever-ripening songwriting taking her to places that will astonish those who still think of her as a delicate troubadour.