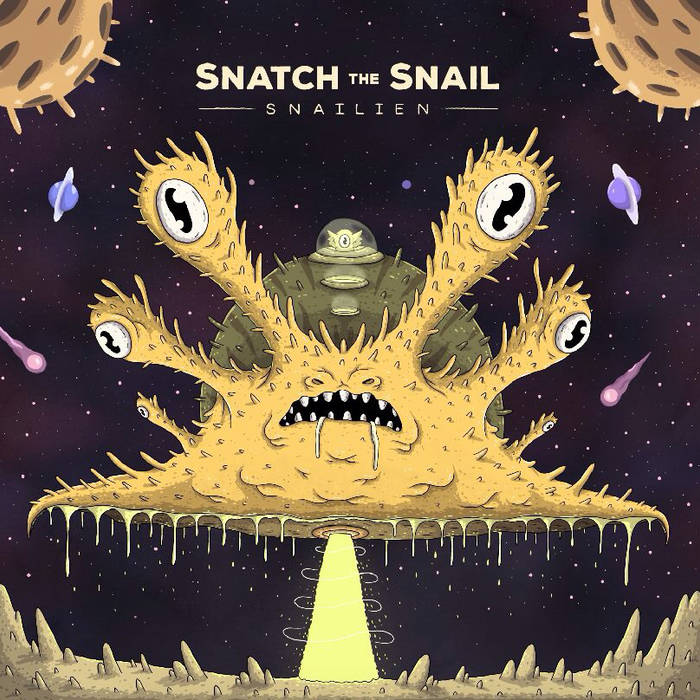 We believe in Little L Records. We believe in their releases and we certainly approve of their latest announcement/addition/pre-order to their back catalog. We are extremely honoured to reveal a single premiere from another incredible act- Snatch The Snail.

The trio are teaming up with Little L Records once more,-following their 2014 release of ‘The Snail Collection Vol.1‘- Snatch The Snail  are set to release their 8 track infectious record ‘Snailien’ on both Cassette and CD in a few days time, May 23rd.

We are extremely pleased to premiere their track ‘New Record Deal’ taken from their highly anticipated forthcoming release.
‘New Record Deal’ captures the best of Snatch The Snail as they create experimental tendencies mixed with Tera Melos style ‘ooh’s’, euphonious vocals and fuzzed-out distorted guitar tones , uniting the track with a chorus perfectly constructed to soundtrack your summer.

Snatch The Snail effortlessly pack the punk punch, yet maintain an infectious sense of melody- an act which tick all the right boxes.

Be sure to add this record to your collection May 23rd via the Little L Records store.