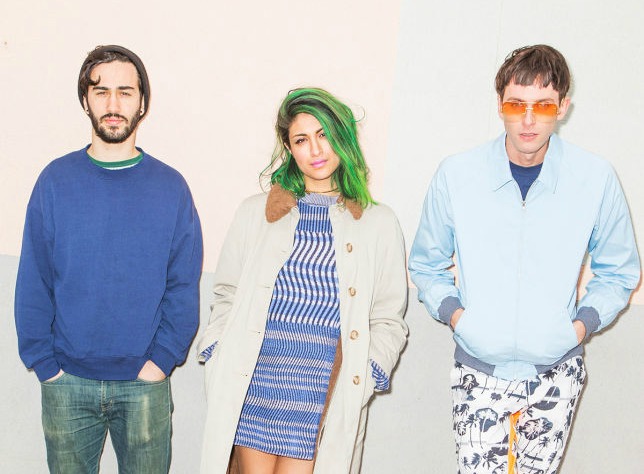 “Another Bad Year” EP out today via Boxing Clever Records

Vomitface’s much anticipated sophomore EP, Another Bad Year, is officially out today via Boxing Clever Records. In celebration of the release, NYLON Magazine are sharing the world premiere of the Jersey City / Brooklyn punk trio’s new music video “Never Make It,” the perfect noise punk soundtrack to your daily yoga. The video captures the band playing to a yoga class, offering their own “meditative” expertise in the form of destructive sludge-pop. Talking about the band’s new EP, NYLON said it, “showcases the band’s new sonic direction. With tighter instrumentals and a more lyrical, melodic focus, the five-track compilation is definitely worth a spot on your playlist”.

Vomitface’s Another Bad Year is released today on CD and digital via the band’s new label home Boxing Clever Records with the vinyl set to arrive in June. Last week the band celebrated their album release show together with a full stream of the record on Stereogum. Another Bad Year is a leap forward for Vomitface, expanding on their debut by moving into new directions of twisted surf punk, violent hardcore outbursts, and sardonic dance punk. At their core, Vomitface are a punk band making devious pop songs. The trio’s undeniable hooks are impossible to escape and resistance is futile. As the band experiment with new sounds, sonic textures, and clamoring blasts of carefully chaotic noise, their songwriting remains the band’s impeccable strength. The perfect storm of noise and experimentation has created a welcomed sense of change but it’s the underlying melodies that shimmer even during the band’s harshest moments.

Stereogum noted the band’s shift in direction, “While they’ve preserved their head-bludgeoning guitar riffs and sardonic lyricism, these five new songs are tighter and more complicated. The songs are more melodic, and frontman Jared Micah’s lyrics are sharper and slyer than before.”

Aulos// how many plays?