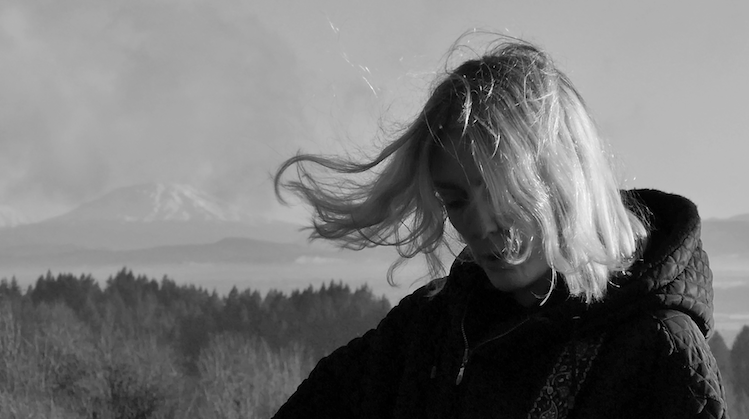 VALET REVEALS “TRANSFORMATION” ANOTHER NEW TRACK FROM THEIR THIRD LP, NATURE,
TO BE RELEASED ON KRANKY MAY 25TH

Honey Owens‘ Valet shall release their third LP Nature via kranky on 25th May, which marks the first album of their trademark ephemeral, fractured blues in seven years. Today we can share another new album track, the dreamy “Transformation”.

AND LISTEN TO THE TITLE TRACK “NATURE”
https://soundcloud.com/kranky/valet-nature
Recorded at home over the course of a year, Nature evolved as a collaboration between Owens, Rafael Fauria, and drummer/bassist/keyboardist Mark Burden. The album finds the trio crafting enveloping layers of guitars, synthesizers, and reverb to create a shimmering, wide open sound. It’s a restrained, direct style, but tying it all together is a lulling, dreamy melodic sense that is distinctively Valet. At the centre stands Owens’ ethereal voice, which has transitioned from evoking trippy fantasies to creating space for honest contemplation.
Informed by Owens’ early musical life in the 90s Bay Area underground music scene, Nature slyly synthesizes the DIY spirit of punk, the expansive guitar whorl of shoegaze, and the propulsive rhythmic drive of dub. For Valet, Nature’s sound is a change in style, but not substance.
From the haunted blues of 2006’s Blood is Clean to the Fourth World free fusion of 2008’s Naked Acid, Owens and company have always demonstrated a mastery of bringing together disparate musical genres into a unified musical whole.
“Naked Acid is a well-conceived and executed album, all its variety sewn into a single quilt that’s strangely comforting and surprisingly sensible.” – PITCHFORK
“A tableau of meditative ideas that unite in a cold, clinging symmetry of higher-than-high, chiller-than- chill movements.” – DUSTED
“But itʼs rare that music so freely conceived ends up so consistently absorbing, and that is, finally, due to Owensʼs sonic and structural instincts beyond her vocal presence or the company she keeps—mortal and otherwise.” – POP MATTERS
“Owensʼ dripping vocals wow and flutter throughout, illuminating everything like an unexpected flame inside a chilly, abandoned goldmine.” – WILLIAMETTE WEEK