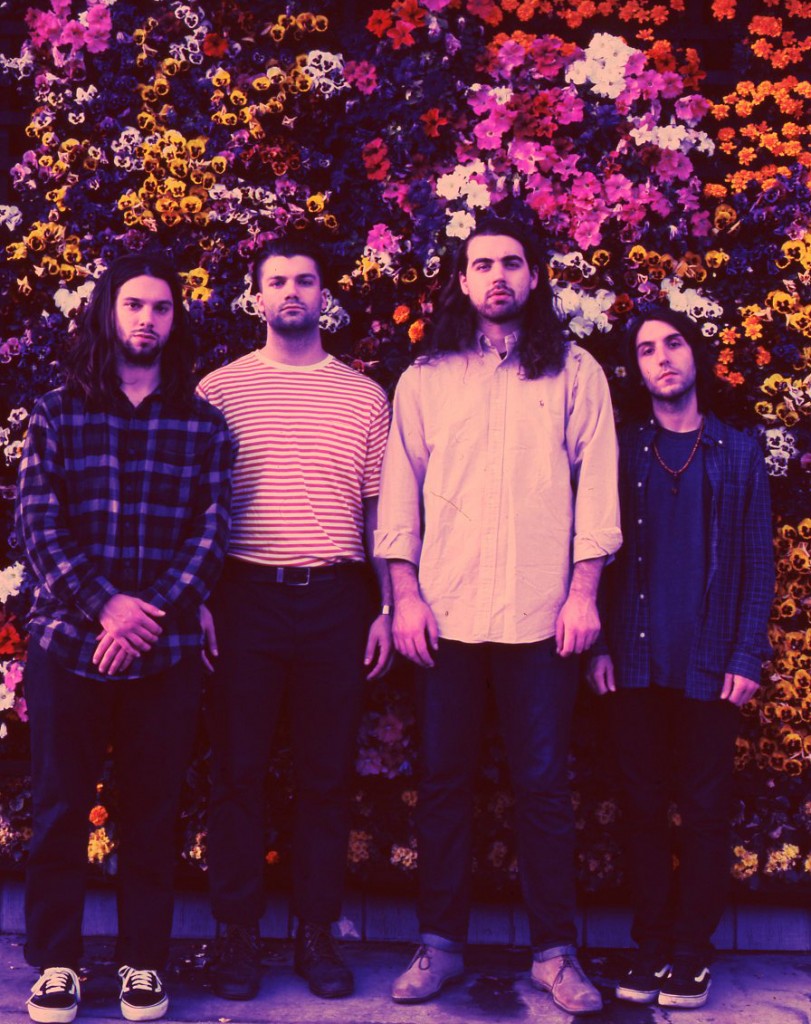 Turnover are streaming their much hyped new full-length Peripheral Vision today at Billboard, where they are featuring the band in their weekly “New Noise” column.  “The quartet has morphed into a moody, atmospheric indie rock band, without losing its knack for hooks,” Billboard says of the record. Peripheral Vision, the band’s sophomore full-length, will be released on May 4, 2015 via Run For Cover Records.  Recorded with Will Yip at Studio 4 in Conshohocken, PA, it is a massive leap forward for Turnover, combining melancholy, textured guitars riffs and sincere vocals to create an expansive album as gorgeous as it is pensive.  The album is now available for pre-order via Run For Cover.
Stream Peripheral Vision
Turnover formed in Virginia in 2009 and released their debut full-length, Magnolia in 2013 on Run For Cover Records, in addition to numerous EPs and splits.  The band has toured the US and the UK multiple times, and will tour again in May and June with Fireworks and Sorority Noise (all dates below).

“The quartet has morphed into a moody, atmospheric indie rock band, without losing its knack for hooks” –Billboard

“Melancholy and warm, just the right measure of both” –FADER

“This is pop melancholia at its finest” -SPIN

“Their songs support heavy, sad emotions with a gossamer mesh of guitar work that borders on shoegaze but moves too nimbly to get caught up in staring at the floor.” -Stereogum