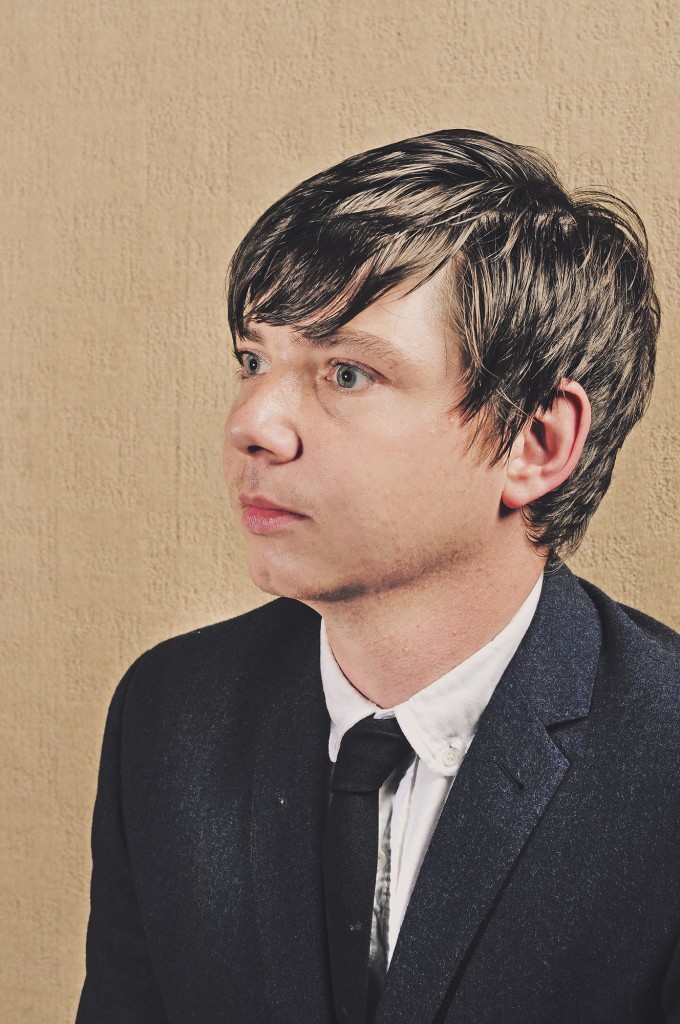 The Boombox Ballads due 14th August via Moshi Moshi

Today we can announce that H Hawkline will be the support at Sweet Baboo’s Album launch show at London Fields Brewery on the 21st May. HH will be performing a special solo set.

To mark this momentous occasion Sweet Baboo has covered the classic H Hawkline track ‘Black Domino Box’ which is available as a free download:

The last few remaining tickets for the show are here  bitly.com/1BrEwj4

This cover version will be available on a strictly limited cassette single version of the new single ‘Sometimes’ which will only be available at this show. Ltd to 50 copies for the world and on a first come first served basis. Watch the video for ‘Sometimes’ here.

On his forthcoming album, The Boombox Ballads, Sweet Baboo wanted to explore more what it was to be a ‘Singer’ as opposed to a ‘Singer Songwriter’, a term – that to him at least – seems to have picked up some negative connotations in recent years. With that in mind, there was a tentative channeling of Harry Nilsson and latter day Scott Walker (‘You Got Me Time Keeping’) in both his songwriting and by working with an arranger (Paul Jones) for the first time who helped him paint the most vivid accompaniments possible.

This idea of separating the singer from the songwriter is perfectly encapsulated in the album track ‘I Just Want To Be Good’ written for and about Sweet Baboo by his friend Cate Le Bon. This process leaving nothing but his voice to guide himself to the emotional centre of the song.

For his album launch show in London this May, Sweet Baboo will be accompanied by an all new band and a string quartet. Additionally, he and touring partner The Pictish Trail will be reunited at Green Man Festival in Wales.

GIANT MKT Records releases and streams new EPs from A Will Away, Homage and Crash Island‏