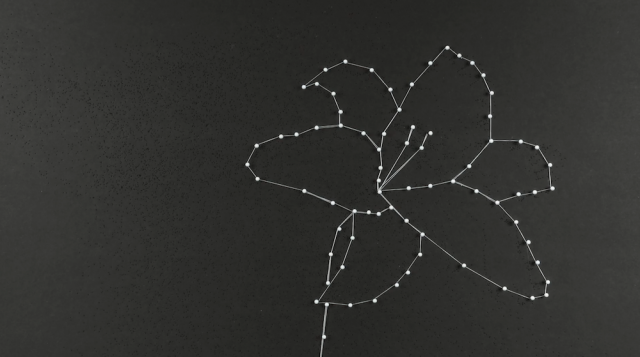 Last week Son Lux shared the beautifully crafted video for current single ‘Change is Everything’. This week, we have a behind the scenes glimpse at how 200 drawing pins & 500 feet of thread came together for this unique clip.

Created by The Made Shop, the video is a unique rotoscopic stop-motion film.

“Made Shop continue to outdo themselves as the visual force behind our music” Lott explains. “They bring to the eyes a type of unexpected magic, a strange but familiar energy. These are the things we hope our music brings to your ears.”

Change is Everything,’ the first single from the band’s fourth full-length album, Bones, which is out June 22nd via Glassnote Records (pre-order).