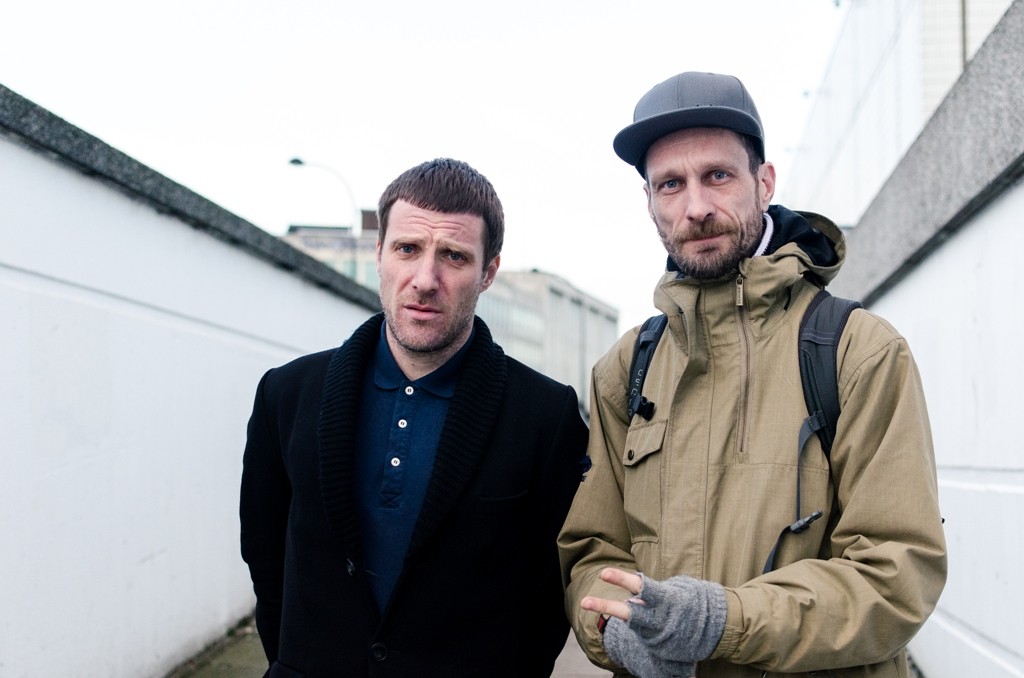 SLEAFORD MODS
TO RELEASE NEW ALBUM ‘KEY MARKETS’
VIA HARBINGER SOUND ON JULY 10th
Stream new track ‘No One’s Bothered’:
Nottingham duo Sleaford Mods are due to release their third ‘proper’ album ‘Key Markets‘ on July 10th via abstract-punk label Harbinger Sound on vinyl, CD and download. The album will be housed in a gatefold sleeve designed by Steve Lippert and was mastered by Matt Colton at Alchemy. Everything else was done by Sleaford Mods.“Key Markets was a large supermarket bang in the centre of Grantham from the early 1970’s up until around 1980,” explains Jason Williamson. “My mum would take me there and I’d always have a large coke in a plastic orange cup surrounded by varnished wood trimmings and big lamp shades with flowers on them. Beige bricks with bright yellow points of sale and large black foam letters surrounded you and this is why we called the album ‘Key Markets’. It’s the continuation of the day to day and how we see it, the un-incredible landscape.”

“The album was recorded in various periods between summer 2014 through to October of that year. We worked fast as we normally do, the method was the same as the other albums and like the other two, the sound has naturally moved itself along. ‘Key Markets’ is in places quite abstract but it still deals heavily with the disorientation of modern existence. It still touches on character assassination, the delusion of grandeur and the pointlessness of government politics. It’s a classic. Fuck em.”

The duo have released a stream of a new track from the album today called ‘No One’s Bothered‘, “partly a comment on the ongoing car crash that is human behaviour under Capitalism, a fading sense of any connection or unified relationship with each other. Alienation is almost accepted,” says Willamson. “Musically it reminds me of those early Meteors records, the more stripped version of Psychobilly that was happening around 81/82.”