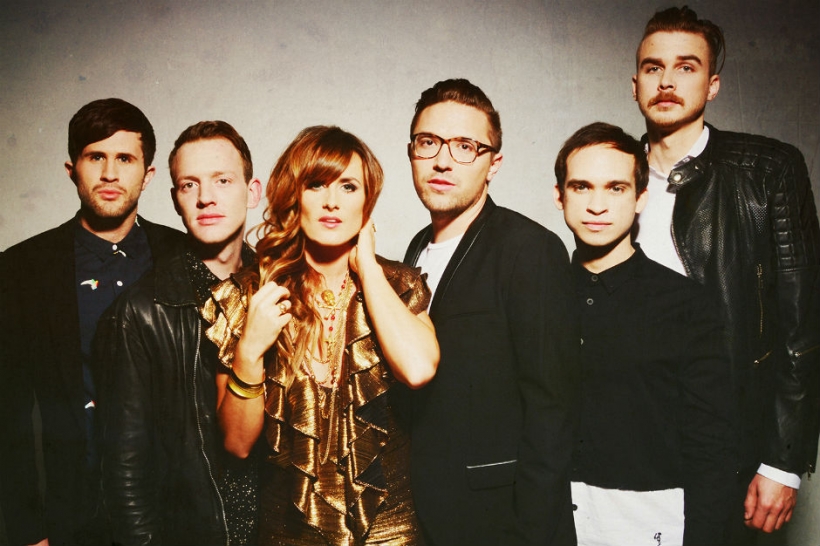 On 8th June, Kopecky will release their new album Drug for the Modern Age via ATO Records. In advance of the record, the band has just debuted a groovy new official music video for their lead single “Quarterback.” Nerdist describe it as a trip “back in time to the ‘60s for plenty of flower power love.” Inspired by classic episodes of The Dating Game, the band created their own version called Totally Single for the video which sees singer Kelsey looking for true love. Bright, fun, and filled with classic throwbacks – watch it below….

Kopecky’s new album, Drug for the Modern Age, takes the many shake-ups the band’s endured over the past few years and turns them into inspiration for groove-driven, melody-heavy alt-pop that’s intensely emotional and strangely exhilarating. The album is now available for pre-order on iTunes, Amazon, and Kopecky’s official store.

Formerly known as the Kopecky Family Band, the Nashville based group has had their music appear on a variety of hit television series including Grey’s Anatomy, Parenthood,The Vampire Diaries, and MTV’s Awkward to name a few. They’ve also toured all over the world and have played at some of the largest music festivals including Austin City Limits, Bumbershoot, SXSW, and Lollapalooza.

Kopecky’s upcoming release, Drug for the Modern Age, explores a variety of life-altering events. “The album was written in this weird time of so much pain but also happiness, and that really informed the writing and recording,” says vocalist/guitarist Gabe Simon, who co-founded the group with vocalist/keyboardist Kelsey Kopecky in 2007. “Our goal was to talk about all these very serious things we were dealing with, but in a way that felt nothing like wallowing and more like standing triumphantly, or even dancing our way through it.”

Drug for the Modern Age serves up its share of intricately layered love songs as well, revealing Kopecky’s endless grace in merging sweetness and melancholy. With the band forever bound by their shared passion for purposeful songwriting, all that revelation and sometimes-painful truth-telling ultimately fulfills something central to Kopecky’s mission: a deeper and stronger connection with each person listening.