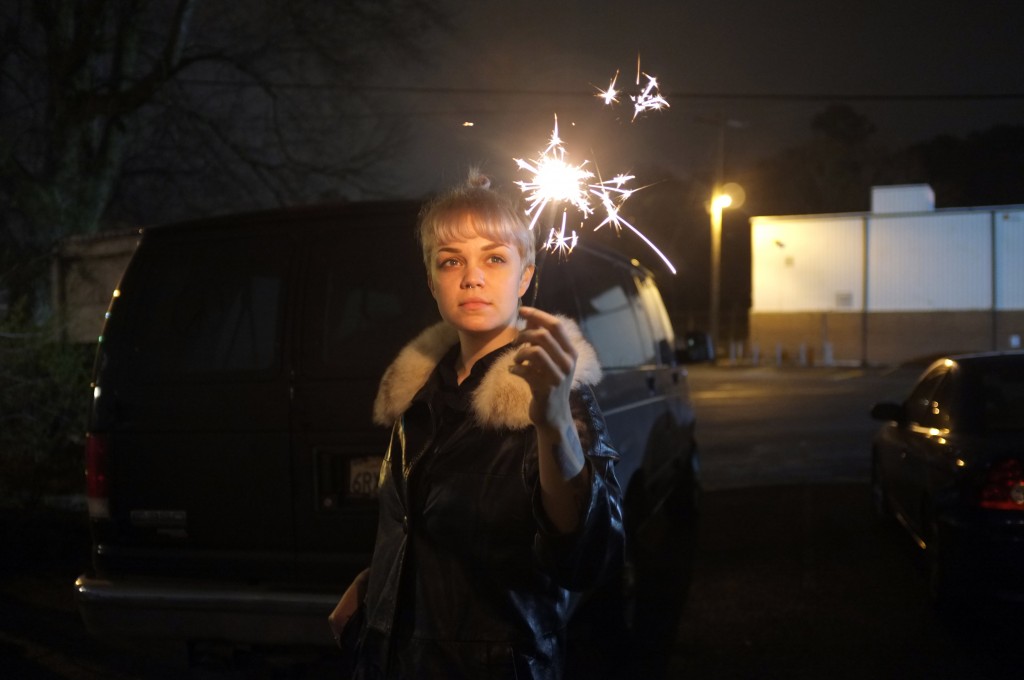 Off Split With Kevin Devine, Coming to
Bad Timing Records on 6/24

Meredith Graves, the formidable and extremely talented front-woman of Perfect Pussy, has released “Took The Ghost To The Movies,” her first ever song as a solo artist. The song is streaming now via Spin Magazine, alongside an exclusive interview with Meredith on the split, the progress of Perfect Pussy and what it feels like to be happy. Coming off of her split with Kevin Devine, “Took The Ghost To The Movies” is sonically and emotionally powerful. Recorded with Sean Sutkus, Graves’ fellow Perfect Pussy band member, the song let’s beautifully crafted words ring quietly behind a noisey, anxious pulse. A quote taken from Meredith’s interview on the process of writing this song can be found below.
Check Out “Took The Ghost To The Movies” Now Via Spin Magazine!
“When Kevin and I first became friends, we realized so quickly within days of meeting each other that we had an extremely open space between us. We talk about everything, I trust hi,. It felt better to approach this as ‘What can we do for each other if we have this amount of space to fill?’ We were both very sad and thinking about things a lot. He told me that he was going to use our space to approach this traumatic event that he went through. I told him I could meet that. I could be honest.”

Devinyl Splits No. 2 comes out May 26th, 2015 via Bad Timing Records. Pre-orders are available on vinyl and digitally.

This split is the second of a six part split series Kevin Devine is releasing throughout 2015, including splits with Matthew Caws of Nada Surf and Tigers Jaw (coming soon). Song streams from each artist will be released soon! Pre-orders are available HERE.

Devinyl Splits No. 2 features new songs from both Kevin Devine and Meredith Graves. More like a conversation between friends than a collection of songs, Devinyl Splits No. 2 is an incredibly personal release for both artists. Kevin and Meredith each contribute a song that speaks to parts of their past that still haunt them today. The collaborative project

takes both artists to a deeply emotional place.

“Took The Ghost To The Movies” is the first song Meredith Graves has released under her own name. The song was recorded with fellow Perfect Pussy member Shaun Sutkus in a Brooklyn bedroom, with vocals recorded in a  Melbourne hotel room. Fueled by an anxious pulse and filled with echoing, heart-heavy vocals, “Took The Ghost To The Movies” is a strikingly intimate side to the split 7″. The song is now streaming on Spin Magazine.

Kevin Devine follows this track with “Gießen,” a song written for old friend and Goddamn Band-mate Mike Skinner, who passed away in 2014. A tribute to old friends and old memories, “Gießen,” is beautifully heartbreaking and honest. A memorial trust for Mike Skinner’s son can be found HERE.
https://twitter.com/gravesmeredith
https://www.facebook.com/KevinDevineMusic
https://twitter.com/kevindevinetwit
http://badtimingrecords.limitedrun.com
https://badtimingrecords.bandcamp.com