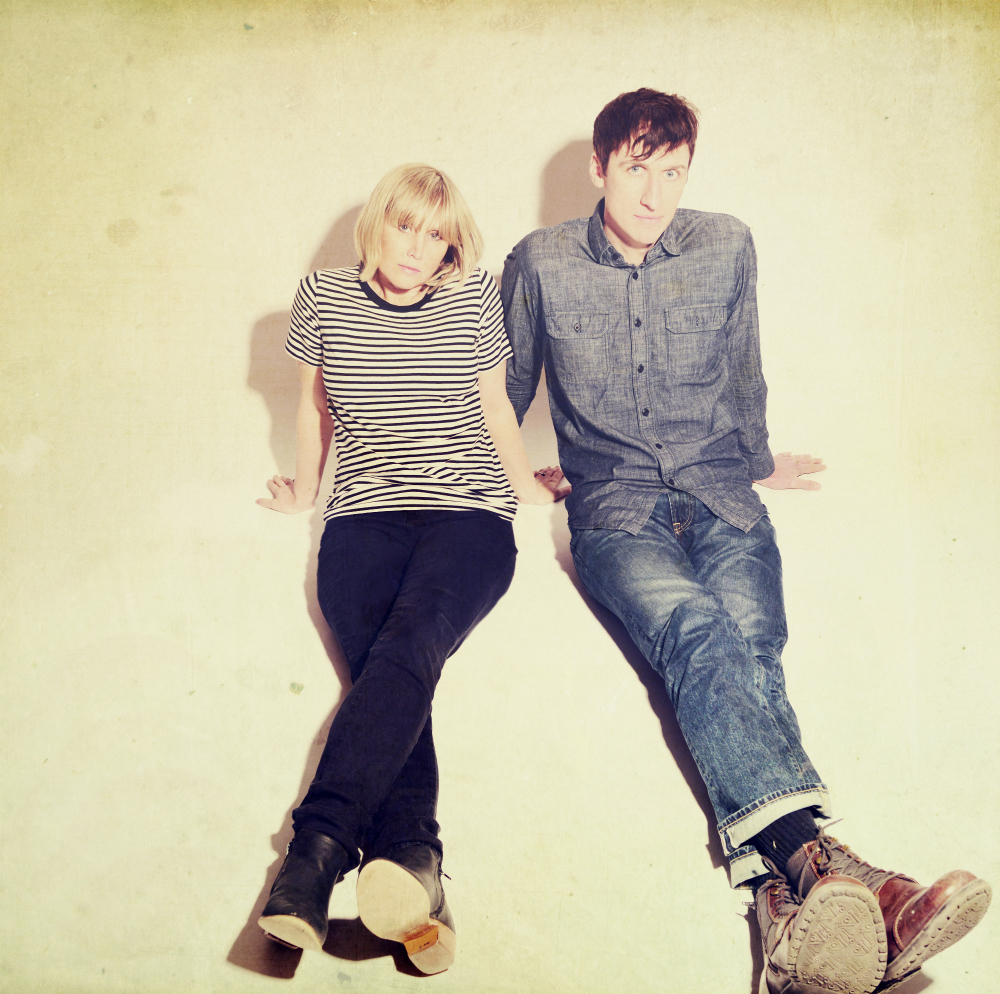 Mates of State have released a new cut from forthcoming EP ‘You’re Going To Make It’ in the form of ‘Beautiful Kids’, a track which speaks of pervading loneliness even in an age where we are connected to one another 24/7. As Jason Hammel of the duo puts it: “We all just want to be seen, but we won’t look up from our screens so that we can be seen.” The song follows the release of ‘Staring Contest’ which also features on the EP. This new batch of tunes is Mates Of State in its purest form, fizzing with razor-sharp harmonies, shimmering new wave synth melodies and lyrics that speak to both personal and universal concerns.

The ‘You’re Going To Make It’ EP follows hot on the glittery heels of the recent digital reissue of three previous albums and the springtime release of a new compilation on download and CD. That Mates Of State compilation is called ‘Greats’ which, rather than spanning their lengthy career, very much focuses on the past decade by bringing together various vivacious highlights of the three fierce panda reissues, those albums being ‘Mountaintops’ (originally released in 2011), ‘Re-Arrange Us’ (2008) and ‘Bring It Back’ (2006).

It’s not just the manner in which Mates Of State is planning to release their music from hereon which is evolving, but also how the band will be presenting them on their tours of the U.S. and Europe. “We’re focusing more on performance as a whole and not being stuck behind our instruments,” says Hammel. “We’re coming to the front of the stage for some songs with Kori playing drums and me playing keys, mixing up the performances in new and exciting ways.” The band is also exploring another new creative avenue this year with the release of ‘The Rumperbutts’, a feature film that Hammel and Gardner both acted in and composed the score for and will hit U.S. screens on May 22nd. Oh, and did we say that Mates Of State will be heading to the UK and Europe in late summer for their first shows over here since touring with We Are Scientists way back in 2006? Well we very much have now…