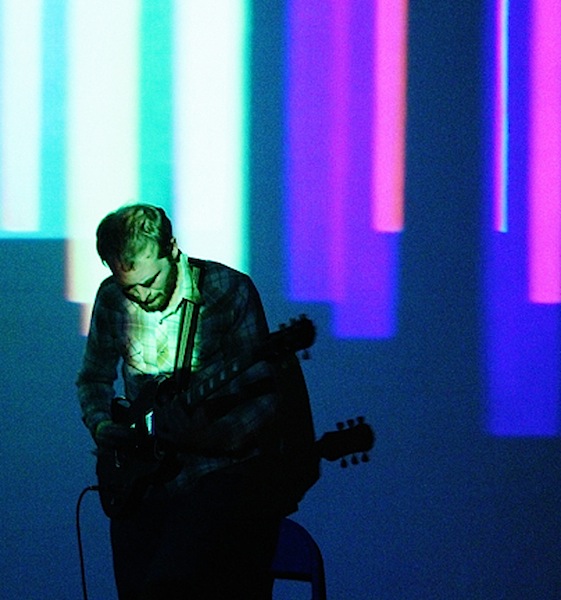 KEN CAMDEN SHARES THE VIDEO FOR “ADENOSINE” FEATURING VOCALS FROM ANGEL OLSEN & EMILY ELHAJ, FROM THE NEW ALBUM DREAM MEMORY DUE OUT ON KRANKY JUNE 15TH
Ken Camden releases the second music video, this time for album opener “Adenosine”, featuring vocals from Angel Olsen and Emily Elhaj, taken from his upcoming third solo album Dream Memory.
WATCH THE VIDEO FOR “ADENOSINE” BY KEN CAMDEN
“Adenosine” is a hauntingly hypnotic song coupled with this utterly dreamlike video. Here, Ken Camden’s use of a Vocaltron and Angel Olsen and Emily Elhaj’s vocal samples offer a textured, transformative and transcendental soundscape, exemplifying his ability to evoke a truly ethereal musical experience.
Here’s some more information about the upcoming album…
Dream Memory sees the Chicago artist move into micro-tonal territory to bridge the textural gap between guitar and synthesiser, while examining their inherent differences and qualities.
The palette is further broadened on Dream Memory by introducing an organic vocal sampling machine, the aforementioned Vocaltron. Much like a Mellotron, the vocal samples are chromatically organised in half steps from the lowest note to the highest possible. Each set is specific to the contributor’s range and each note is unedited to keep all original characteristics of that particular individual’s voice. This organised organic information fed in to the music adds a contrast to the electric guitar and synthesiser arrangements on the album.
The development of all of these systems gives Dream Memory a diversity throughout its tracks while maintaining an atmospheric bond that weaves the ideas into a thematic whole.
Don’t forget that you can still watch the video for “Curiosity” and listen to the track also.