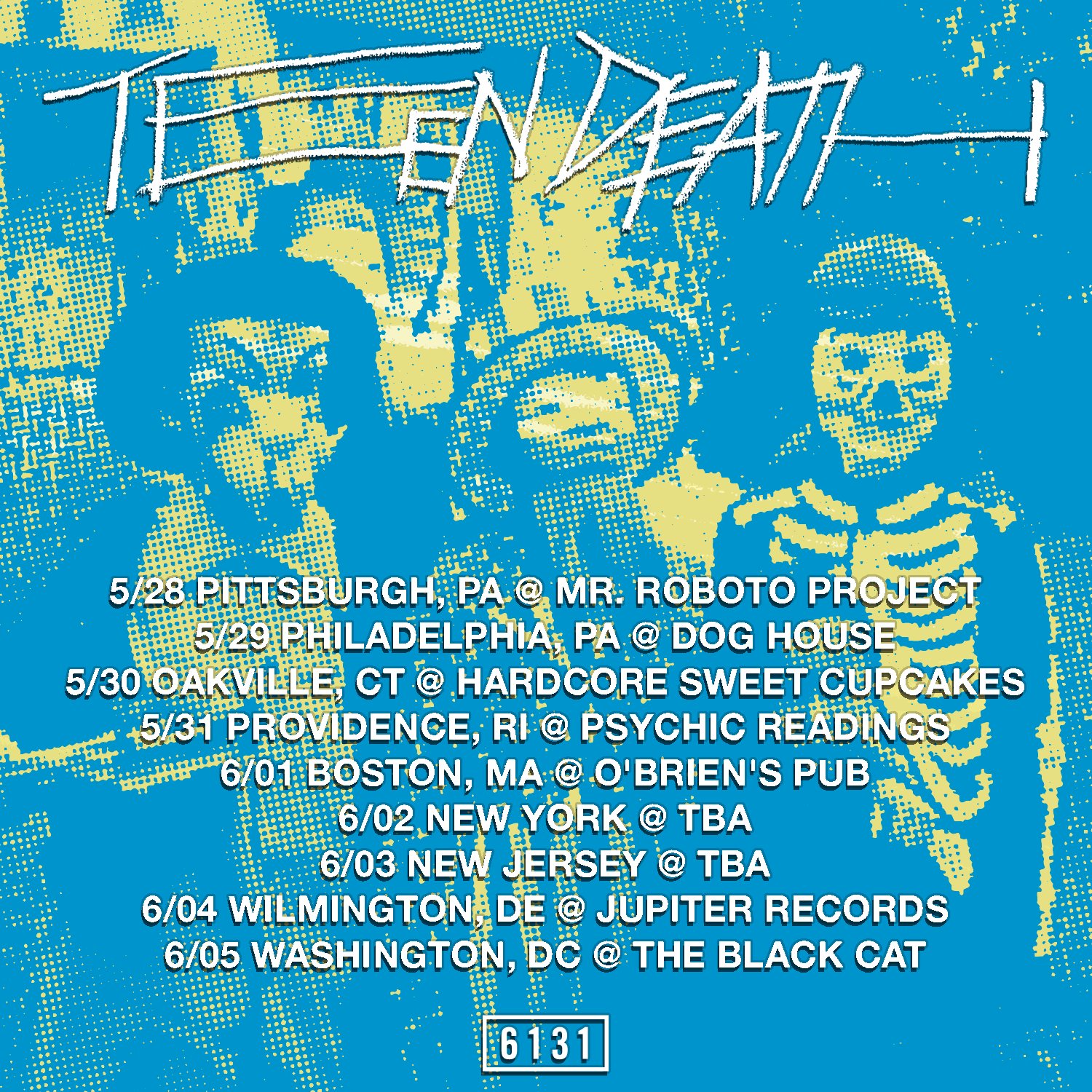 Teen Death have announced plans for a tour in the Northeast U.S. starting in a few weeks. The run sees the band visiting Philadelphia, DC, Boston, Providence, Pittsburgh, and more, including playing in Oakville, CT alongside hometown friends Sundials. They are also confirmed to play The Fest this Fall in Gainesville, Florida, with a full tour around that in the works.

Hailing from Richmond, Virginia, Teen Death have quickly made a name for themselves as one of the bands to watch from this thriving punk scene. BrooklynVegan described them best, saying “Teen Death sound like they’ve thrown Nirvana, Weezer, and Dillinger Four into a blender…” They pack the punk punch, yet maintain an infectious sense of melody, all layered over with a great grungy vibe. With their self-proclaimed “grunge-punk” sound, it’s not uncommon for a crowd of back-of-the-room beer-sippers to make their way to the front after Teen Death wail through their first song, making it nearly impossible not to bob your head along and get sucked in.

Their debut release, an EP entitled Crawling, is out now via 6131 Records.