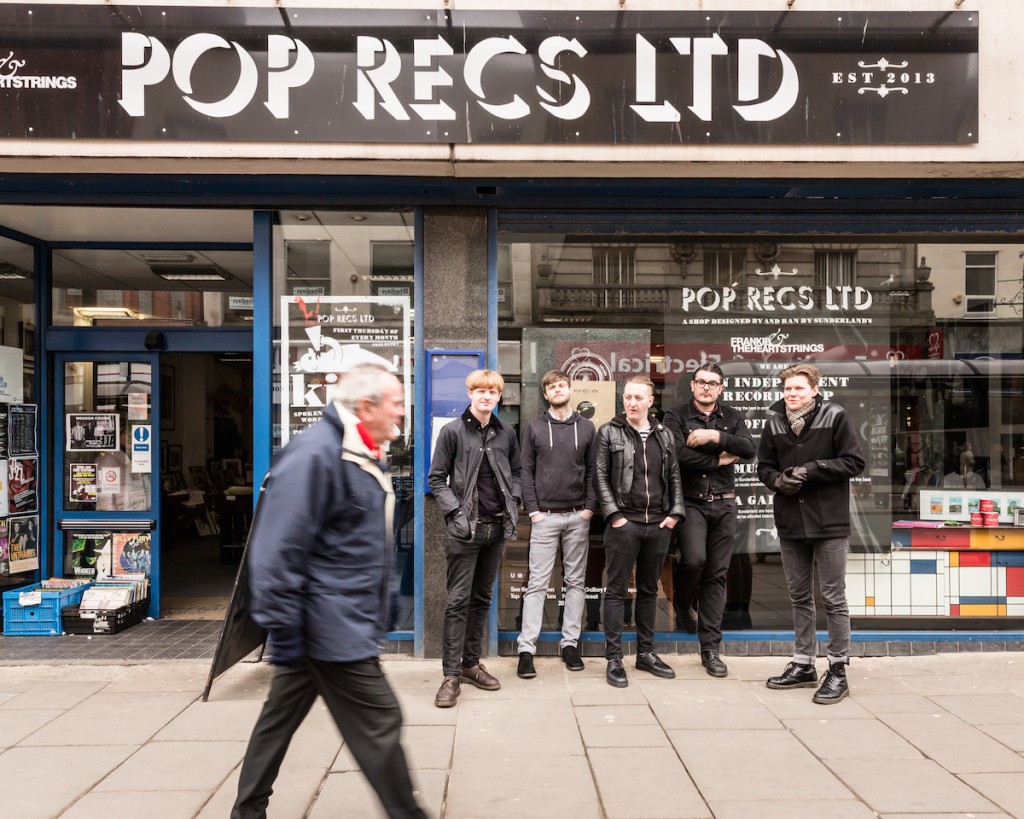 Share the video for new single, ‘Think Yourself Lucky’ out 29th June

Having announced news of their third album Decency, Frankie and the Heartstrings are set to release the first single from the album. ‘Think Yourself Lucky’, accompanied by a somewhat tongue-in-cheek video, is released on 29th June through Pop Sex Ltd.

The visual accompaniment, directed by Robbie Knox is a cheeky pastiche of Racey’s performance of ‘Some Girls’ on 70’s Top Of The Pops – embracing the vagaries of the era if not the attire. The video can be viewed below…

Summed up in his own inimitable style, here’s drummer Dave Harper: “We live in an the age of technology. In a time when communication is effortless, relationships start online and music is, quite literally, in ‘bits’ Any band worth its salt will embrace change. And the great bands will make the changes happen. Not us, we just made another great guitar record and remade the video for ‘Some Girls’ by Racey staring my plumber in a bodysuit. I give you, ‘Think Yourself Lucky’.”

‘Think Yourself Lucky’ is available to purchase via iTunes and the band’s website and an instant grat track alongside another new track ‘Save It For Tonight’ for those pre-ordering ‘Decency’ via Wichita Recordings’ Store and iTunes.

It is also available to pre-order on limited edition 7” backed with new track, ‘Easy Life’ via the Wichita Store.

Decency will be available on clear 180g vinyl, CD and download through reputable outlets.

The band will be embracing north and south with a couple of shows in July – as well as an instore performance at their own Pop Recs Ltd record shop in Sunderland with further dates to be announced shortly: