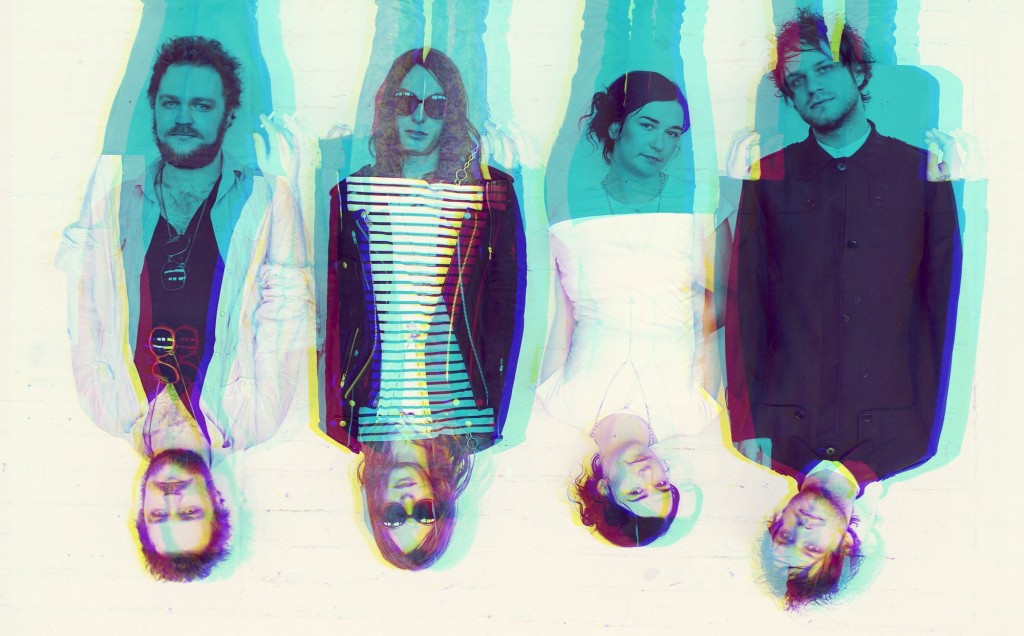 True to their name, Australian shoegazers Flyying Colours unashamedly display their influences on ROYGBIV – their forthcoming new EP on Club AC30 (UK) and Shelflife (US), out May 11th.

Tone-bending My Bloody Valentine / Swervedriver guitars, ferocious bass hooks and the familiar soft hush of early 90s dueting vocals. Added to the mix is their own edgy, refreshing pop-mindedness, buoyed by the lush vocal interplay.

On ‘Running Late’ guitars overlap, playing seemingly different melodies and rhythms, as the vocals float up from the ether of the background. Hearkening back to the 80s but also at once sounding thoroughly futuristic, there’s finely-textured guitar loops and lo-fi delay used to get effect throughout the record. ‘Not Today’ and ‘Leaks’ share the same considerable style and skill: successfully channeling not just Kevin Shield’s growling, bending, wall-of-sound guitars, but also Bilinda Butcher’s cooing, unintelligible vocals. The album opener ‘I Don’t Want To Let You Down’ sports a rolling darkwave groove that’s like Joy Division gone psychedelic.