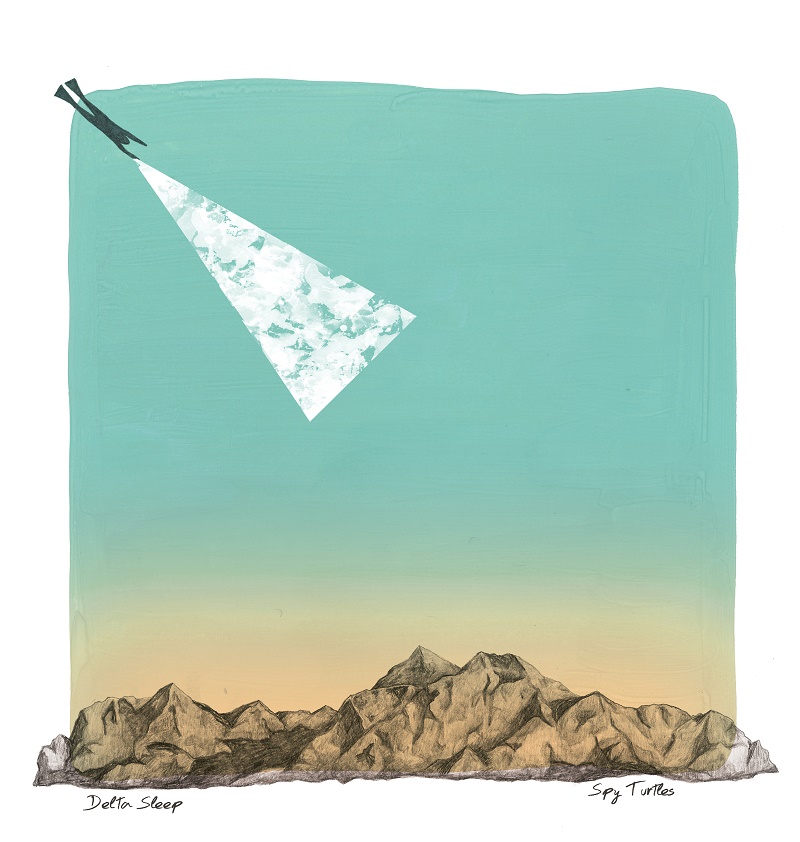 “An articulate blend of math infused indie…a very enticing prospect”– Rock Sound
“Brighton riff experimenters add an emotional heft to math-y grooves” – Q Magazine
“Like a soundtrack to some blissful utopian dream…often gorgeous” – Gold Flake Paint
“A seismic live band…complex, inventive song writing” – Clash Music (Track of the Day)
“This is all kinds of literal f*****g great” – The 405
“Consistently exquisite…a thing to behold” – Shout4Music (Tune of the Day)
“Complex and ever-changing…far from a standard math release” – AlterThePress
“One of the best short records to be released in the last few years” – Musical Mathematics

Friday 29th May 2015; Brighton’s Delta Sleep are pleased to reveal ‘Spy Turtles’ – the second new track to be taken from their forthcoming debut album ‘Twin Galaxies’ which will be released on 15th June via Big Scary Monsters Recording Company. The band also start their album release UK headline tour today in Brighton at The Hope & Ruin.

The record will be available in two variants of heavyweight vinyl; plain black, or yellow with orange haze (limited to 100) – preorders are available here.

This latest track is a marked departure from their usual strain of math rock and takes a much more electronic-inspired approach, evoking a beautiful minimalist underwater soundscape that ties in with the nautical themes that are stitched through the new record, but still retaining the magic that makes Delta Sleep such an enticing prospect.

“Spy Turtles started out as an intro to Spy Dolphin, the next song on the album,” comments front man Devin Yüceil “We used the same chord progressions but played them on a pulsating underwater sounding keyboard. I brought the demo to my excellent producer / housemate Jack Lucas Dolan, and the song took a life of its own once we added the vocals and subtle percussive cues. Lyrically it’s a segment in the story where the main protagonist wakes up to find his room being flooded. He grabs his old scuba kit and dives into the water, eventually watching his house crumble to the bottom of the sea.”

Once described by a wise old man as an “enchanted battle between At The Drive-In and Mogwai for the city of Faraquet in the land of Radiohead” their live show is a force to be reckoned with – intense, captivating and extremely tight, they win over their audience at every turn.