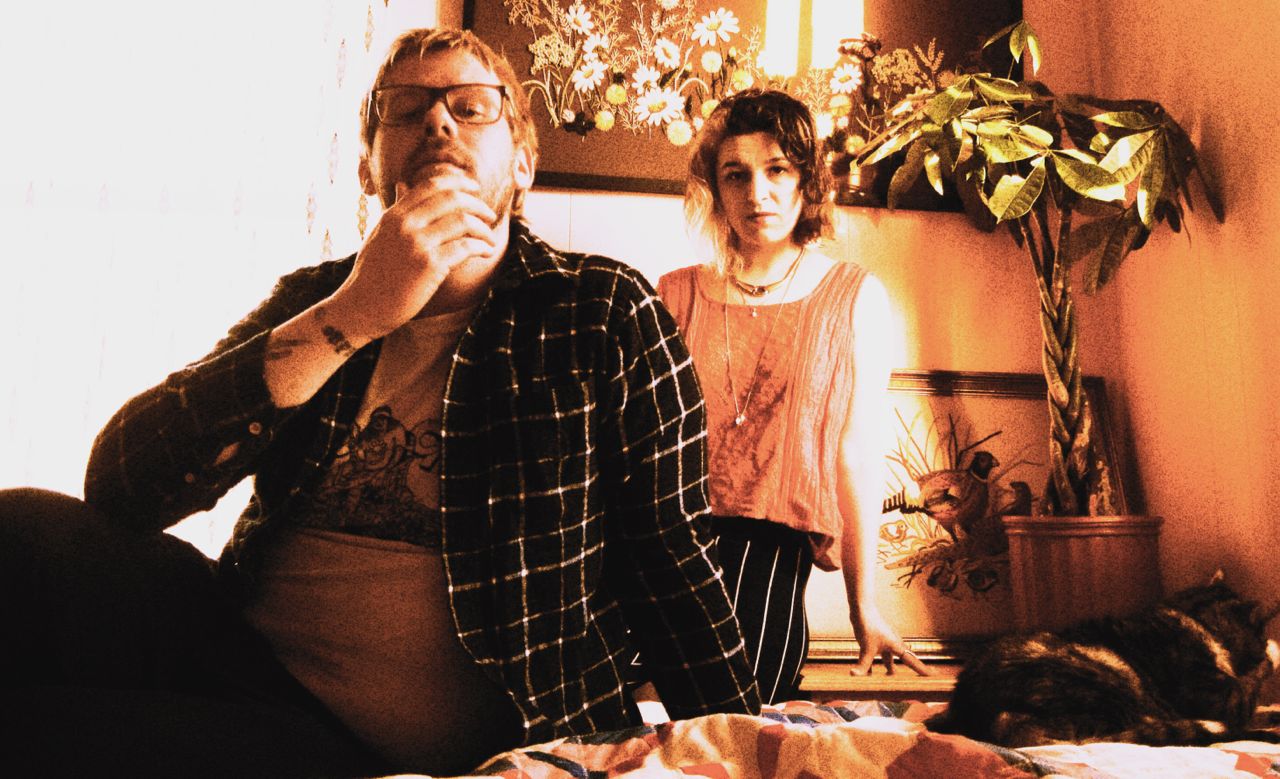 Cancers are excited to share their new single “Missed” via Stereogum, the duo’s first new song since last year’s full length debut, Fatten The Leeches. While their debut record, produced by legendary Seattle engineer Jack Endino (Nirvana, Mudhoney, Soundgarden), was comprised of enormous grunge riffs and sugary sweet pop hooks, the band have taken a far different approach with “Missed,” moving from the very hi-fi production of their debut to a noisier, grittier, lo-fi indebted home production, experimenting with programmed drums, loops, and a far fuzzier sense of melody. Stripped of their debut record’s sheen, Cancers embrace elements of shoegaze and post-punk, moving into new unpredictable territory as they combine programmed beats with scuzzy guitars for an inescapably immersive sound.

“Missed,” one half of the single’s “a-side,” begins with lo-fi fuzz and an electronic rhythm that crackles under the sunny shoegaze guitars before the song unfolds with a hyper dance beat and gorgeously bleak vocal melodies. Formed by Lenny Miller and Ella Kaspar, the duo alternate on vocals offering a sweet juxtaposition between the airy beauty of Kaspar’s perfectly pitched voice and Miller’s bummer pop swoon.

Speaking about the song, Stereogum said, “Punishing drum machine loops give it a cavernous feeling, Lenny Miller’s voice reflects back on itself and paints a picture of abject loneliness. It’s distorted and messy; a gnarly, twisted thing that heaves around with little regard for form, interested more in function. It’s really great.”

The idea of Cancers began in January of 2013 when Lenny Miller and Ella Kaspar moved in together to their Chattanooga, TN home. The duo wanted to start something that was different from the style of music they’d been playing with their previous bands (Dead Dog / Unfun) and things simply took off from there. Cancers recorded a bunch of tracks in their living room while compiling ideas. After moving from Tennessee to British Columbia, the band made a quick stop in Queens to record their first demo at a hole in the wall studio. They sent that demo to Jack Endino (Nirvana, Soundgarden, Mudhoney) in Seattle who produced the band’s full length debut Fatten The Leeches.

When asked about their new single and the change in direction, Miller said, “The new single is basically a complete alienation from everything we had been involved with for the past 10-15 years. There wasn’t a conscious decision to do what we have done for this record, ie drum programming, looping, vocal correction, synthisizing guitar sounds. We are sick of the constrictions of straight-ahead rock and roll production.  We gravitate to either lo-fi or super produced records, which we both love, that share a commonality of really narrative drums, pop song construction and melody, but we wanted to keep the grimey deep bass that a dubbed cassette gives off but also shimmery production of the snare and vocals. Not sure if there is where we’re ‘going,’ but it’s something that feels natural and lucid.”