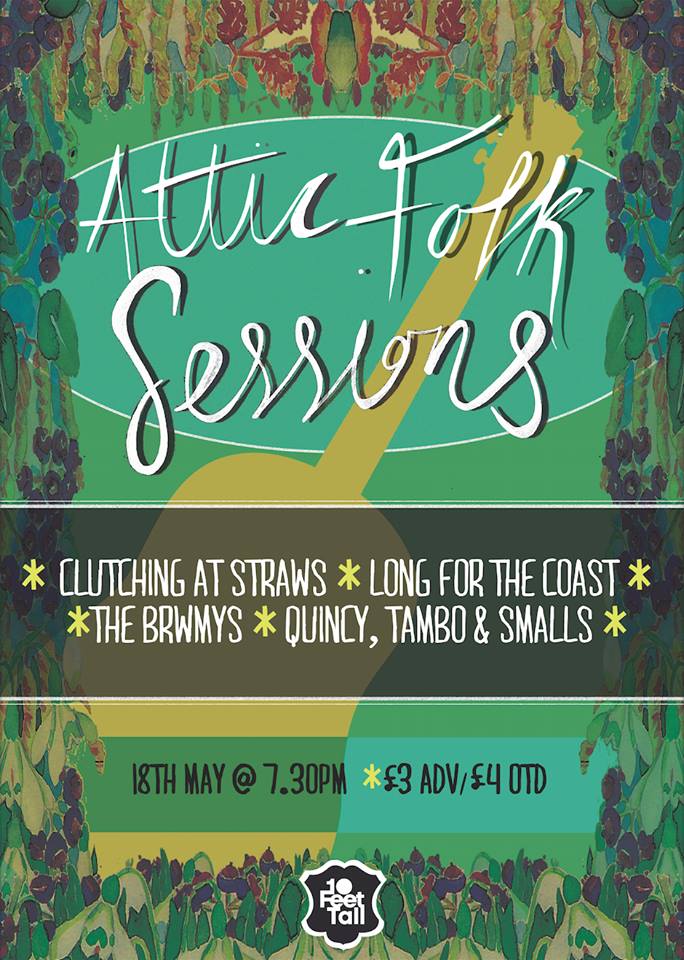 Attic Folk Sessions announce acts for their launch event in May.

Attic Folk Sessions has announced that Clutching at Straws, The Brwmys, Long for the Coast and Quincy, Tambo & Smalls will play at their first event on May 18th.

The event is the first in a series of evenings of Folk music held on every third Monday of the month in 10 Feet Tall in Cardiff’s city centre.

The organisers are excited to be showcasing a selection of artists from across the UK, including local talent in the form of ​The Brwmys​. Based in Cardiff and describing themselves as ‘​Jig­tastic foot­stomping Future Folk!’, The Brwmys will be at Attic Folk Sessions to share their newly release E.P ­ Trees and Treachery (February ‘15).

Also playing on home turf are ​Quincy, Tambo & Smalls​ ­ a Cardiff based Roots/Acoustic/Blues trio. They’ll be sharing some of their original material, but also covering artists from Tom Waits to The Pixies.

Making their Cardiff debut ​Long for the Coast​ are an acoustic duo who “really fancy each other and sing about their friends, skateboarding, the state of the world and ice­cream vanz.” Insatiably heartwarming harmonies and melodies from these two.

Headlining the launch show is the brilliant ​Clutching at Straws​. Hailing from the village of Kinver, near Birmingham Clutching At Straws write about stuff that matters to them using wit and verse, retelling stories from life and challenging the status quo. Musically, the alternative folk quartet produce a varied yet distinctive sound from quite a collection of instruments.

Tickets​ are available now, £3 in advance and £4 on the door.

The Gentle Storm tease official video for ‘Shores of India’‏