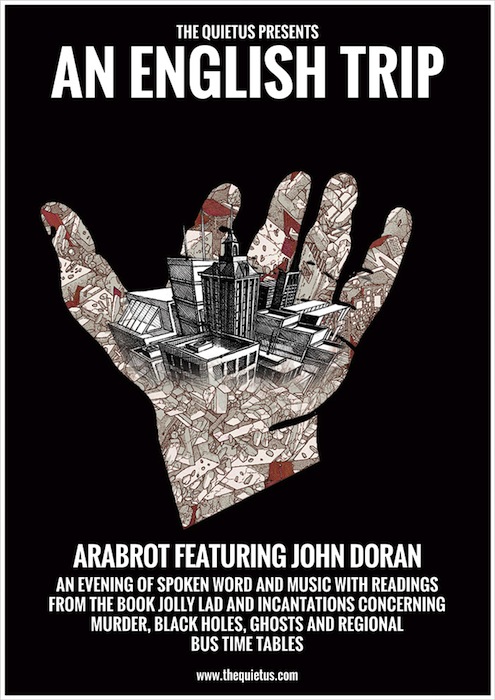 AN ENGLISH TRIP: JOHN DORAN/ARABROT READING TOUR OF ENGLAND
Quietus Editor John Doran is celebrating the publication of his first book – Jolly Lad – by going on a 31 date reading tour called An English Trip. He is teaming up with other writers, poets, film makers, musicians, a countercultural research group, DJs, a band of ethical undertakers and Hull’s second best mountain climber over the course of a month and putting on nights in prisons, churches, libraries, record shops, book stores, village halls, warehouses and cinemas and his musical support on every night of the tour is Kjetil Nernes aka Arabrot, the Norwegian noise rock musician.

Jolly Lad is published on Strange Attractor and is a memoir concerning the recovery from alcoholism, substance abuse and mental illness which also touches on what it means to be working class, how memory defines us and the redemption offered by fatherhood and music.