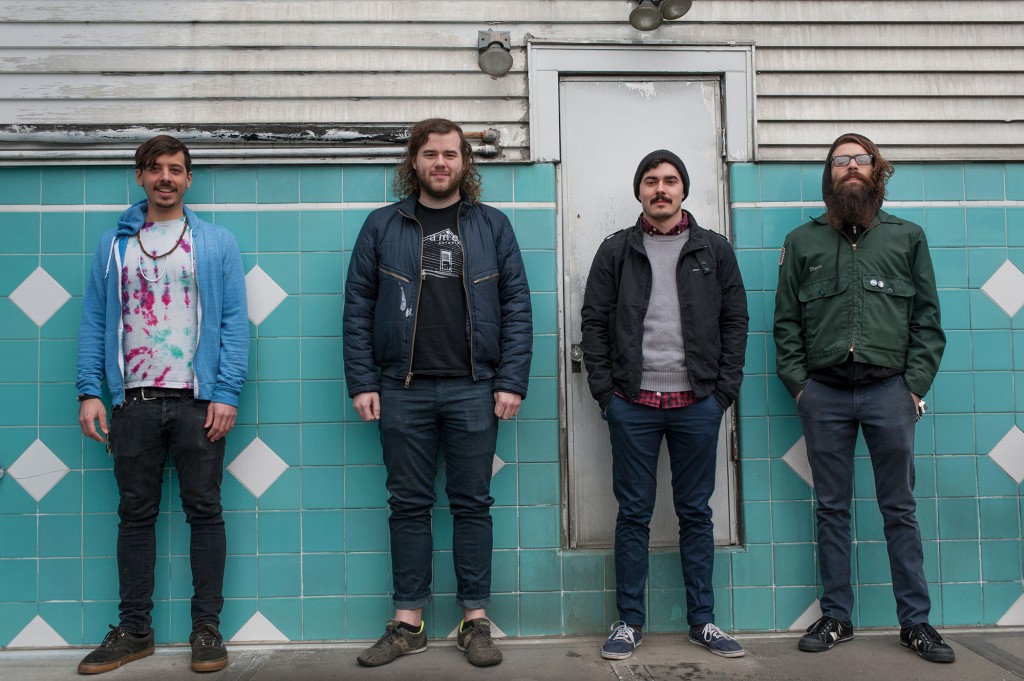 New Orleans, Louisiana’s All People have released their sophomore full length, Learn Forget Repeat, today on vinyl and digital via Asian Man Records and Community Records, as well as a tape release from Broken World Media.  To celebrate the release, the band has teamed with Portals to premiere their new music video for “Consume,” the opening track from Learn Forget Repeat.

All People, whose members include Community Records co-founders Daniel “D Ray” Ray and Greg Rodrigue, seek to bring people together through quality music, and with its unique combination of angular riffs, off-kilter hooks, and life-affirming lyrics, Learn Forget Repeat is the most focused encapsulation of the band’s mission statement yet. Stereogum praised the album, calling it “an inventive post-punk record that manages to avoid the genre’s patented towering, sinister instrumentals, and instead leaves room for all of the sonic possibilities in-between.”

Watch the “Consume” video via Portals:
http://www.portalsmusic.com/2015/05/sounds/people-consume/
All People are a four piece band out of New Orleans, Louisiana who are committed to taking their sounds and ideas beyond the reaches of their hometown.  Learn Forget Repeat is the band’s second full-length album of organ driven melodic post-punk, and will be released on their own DIY label — Community Records, in conjunction with Asian Man Records & Broken World Media.  Learn Forget Repeat invokes some of the diverse and aggressive sounds of the early ‘90s — taking influence from Fugazi and late-era Jawbreaker along with melody and chord structure absorbed from their hometown.
The album was recorded at the Living Room Studio in New Orleans, and was engineered by James Whitten (Thou, The Body, A Wilhelm Scream) and was mastered by Jamal Ruhe at West West Side Studio.  Robert Landry (drummer) and Greg Rodrigue (bassist / vocalist) form one of the tighter rhythm sections in their city with great tone and pace allowing Daniel “D-Ray” Ray (organ / trombone / vocals) and former member and studio guitarist Zach Quinn to go on explosive tangents.

All People‘s music and message extends beyond the stage and studio with Greg and D-Ray co-founding New Orleans based DIY label Community Records in 2008.  The label was named amongst the best labels of 2014 by Impose Magazine and its roster boasts many talented up-and-coming acts such as Caddywhompus, Pope, Sun Hotel, Woozy, as well as working with Donovan Wolfington, Native America and many others on their releases.

In addition to the band’s members being committed to sharing quality music with the world via Community Records, All People take their energetic live show on the road in the most environmentally responsible way possible.  The band travel from show to show via an eco-friendly diesel engine van that is powered by waste vegetable oil and has completed over 150 tour dates since summer of 2013.  With the band’s extensive 2015 touring schedule, the veggie van is likely to log quite a few more miles.