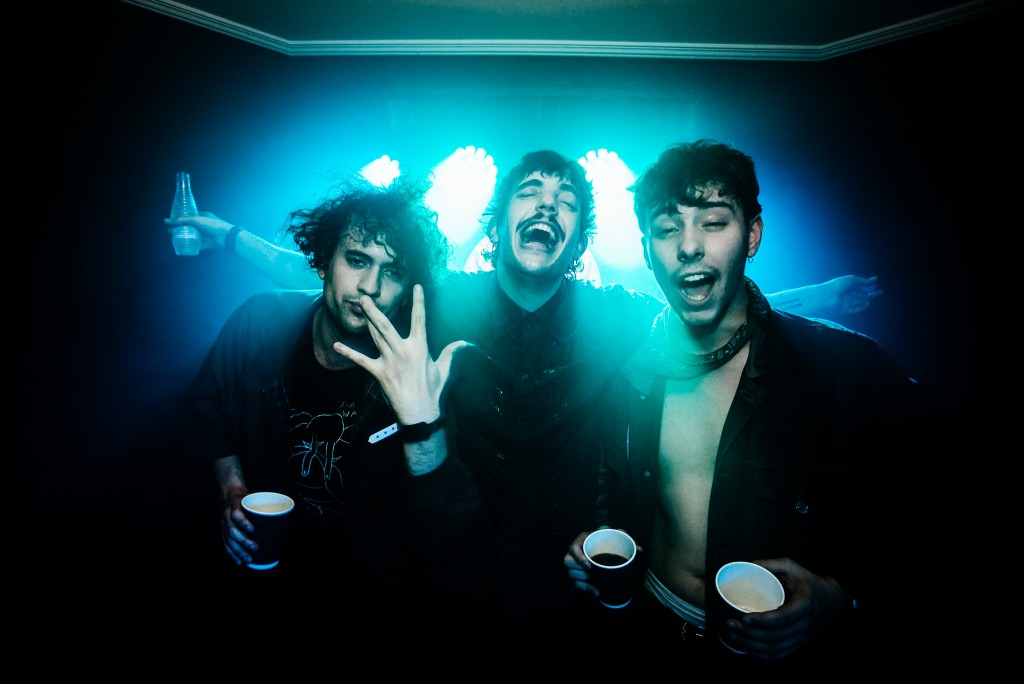 Madrid garage-punks The Parrots have released their lo-fi, party-packed version of‘All My Loving’ as part of an exclusive Record Store Day 7”, out now on Lucky Number Records in the UK on Burger Records in the US.

For this 750 limited vinyl release, the trio joined up with close Spanish friends,Hinds, (formerly known as Deers) that features cover versions from both bands; Hinds tackling Thee Headcoats cult classic, ‘Davey Crockett (Gabba Hey)’ and The Parrots opting for the garage-gospel gem ‘All My Loving’, a track originally written by The Almighty Defenders – a King Khan and Black Lips’ side project.

The Parrots, made up of Diego García, Alex de Lucas and Dani Lorenzo, have been touring Europe and planting their party seed for the last year, leaving dancefloors in chaos as they move from town to town with pretty much nothing on them other than their instruments, warm jackets and a pocket full of tobacco. Their recent stint of energetic shows at SXSW in Austin, propelled their reputation as one of the best live bands in town as Americans sampled their blend of lo-fi upbeat garage punk tones for the first time. The band also traveled through Mexico playing shows there and along the West Coast.

This cover version will also be released on a forthcoming EP released in June this summer via Luv Luv Luv Records. More details to follow, but for now, take in the good time sounds from a new band you need know and don’t miss their amazing live show in London this Saturday at the Shacklewell Arms, on stage at 8.15pm.

Find The Parrots online at: