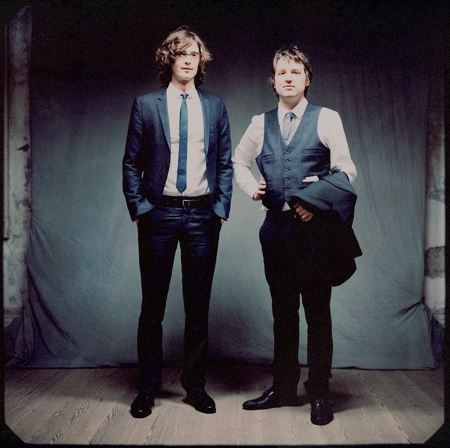 2014 SAW DUO COLLABORATE WITH COEN BROTHERS, PICK UP GRAMMY NOMINATION AND WIN ‘GROUP OF THE YEAR’ AT AMERICANA MUSIC AWARDS
NEW TRACK
Anti-folk revivalists The Milk Carton Kids’ release their new album ‘Monterey‘ through Anti- on 18th May. The two years since their breakthrough album ‘The Ash & Clay‘ have been significant ones for the band, with recognition including a Grammy nomination for ‘Best Folk Album’ and winning ‘Group of the Year’ at the 2014 Americana Music Awards. Their standout performances and interviews in the Coen Brothers’ and T Bone Burnett’s concert documentary “Another Day/Another Time” brought the duo its widest audience yet, and their 55-city North American tour last Spring sold out months in advance.
The title track, ‘Monterey’, was premiered by Rolling Stone, and can be head here:
This time around, Kenneth Pattengale and Joey Ryan wrote and recorded ‘Monterey’ not in studios, but on stages – those concert halls, churches, and theatres across North America that have always coaxed the band’s most uninhibited expressions. Their methodology in making ‘Monterey’ allowed The Milk Carton Kids, finally, to perform for the record with the same fearlessness and spontaneity usually only achieved in live concert. As writers, the two have merged so singularly that friends and family can no longer tell who has written which song. As singers on Monterey, their acclaimed harmonies move farther apart, so that the quirks and kinks of two individual identities emerge, all the while remaining lush and soaring, their beauty even more apparent for the showing of their scars.

Thematically, Monterey takes us on a road trip across a dream – perhaps a nightmare – through an America of blood and fire that is at once recognisably the land of their forefathers, and the product of our own making. While some of the questions asked on Monterey are political, increasingly the songs are purely personal, the narrator stopped along the road wondering aloud how he got there as in the lilting title track where the question becomes, “Monterey, how can I say I’ll always stay then slip away?”

This may be the central question of Monterey, this album forged literally and metaphorically “on the road”, which seems to ask how we can resolve the contradiction between the lightness of our footprint as we pass through, and the weight of those memories gathering behind us in the rearview mirror.  Monterey asks these questions with grace, beauty and a sly humour. 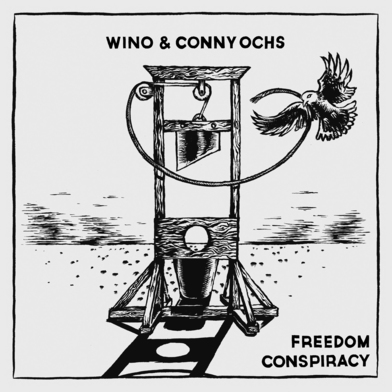