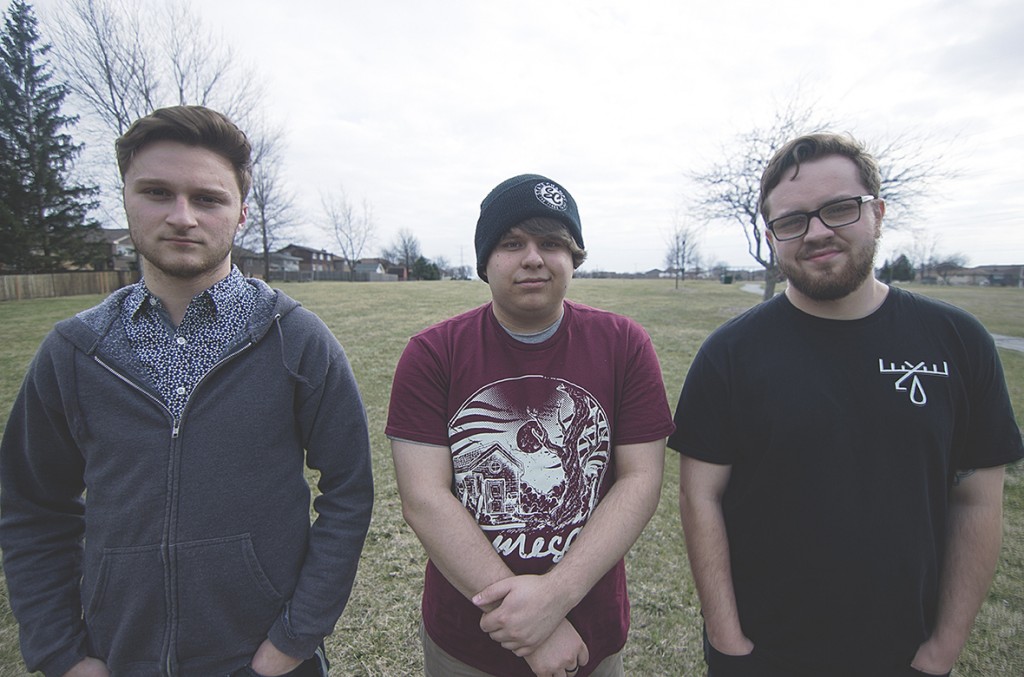 Sudden Suspension has released two EPs to date, the most recent of which, Basement Songs, came out last May. The EP is available for pay-what-you-want via the group’s Bandcamp page.

The members of SUDDEN SUSPENSION are, quite literally, living their dreams. Flash back to 2013, when the Lake County, Indiana, band issued Second Place, their debut EP. Included was the song “Centennial Lanes,” a chasing-our-dreams anthem that name-checked bands like pop-punk flag waivers Real Friends, who gave Sudden Suspension frontman Brandon Stasi the motivation and hope that he, too, could make something of himself as a musician. You could hear the reverence for his idols, all the way from the nearby Chicago scene to genre icons like New Found Glory, The Starting Line and many more.

With the band’s signing to Bad Timing Records, a nod as one of Alternative Press’ 100 Bands You Need to Know in 2015, and the upcoming release of a new EP this summer, things are moving faster than Stasi could have ever hoped.

Like so many bands, Sudden Suspension is the result of teenage friends discovering music, picking up instruments, and dreaming of one day turning their passions into something more. Stasi started playing music at age 12, and with his cousin on bass, the duo played sets of cover songs at local festivals, recruiting area guitarists and drummers to round out the sound.

But it wasn’t until June 2013 that the band got more serious, bringing drummer Griffin Taylor into the mix. Only a month later, they recorded the aforementioned Second Place, which drew buzz from scene tastemakers AbsolutePunk and PropertyOfZack. Stasi was still in high school at the time, but with the song “Fields and Fences” quickly becoming a fan favorite across the country, Sudden Suspension’s star began to rise. A second EP, Basement Songs, followed in 2014, as did tours supporting bands such as Handguns and Veara, which immediately established Sudden Suspension as one of the genre’s brightest up-and-comers.

Much like current scene favorites like Real Friends and The Wonder Years, Sudden Suspension’s music is instantly relatable. Part of that is attributable to Stasi’s age, 19, but his youth is not to be mistaken for lack of maturity. This self-assuredness manifests itself in many ways throughout the EP: For starters, he’s got the foresight to realize when “good enough” just won’t cut it. Case in point: The singer is so dedicated to his art that just weeks before the band were set to enter the studio to record their forthcoming EP, he threw out two songs, rewrote one, and penned three new tracks. That’s the rare ability to realize when things aren’t perfect—and the dedication to work overtime to course-correct.

Lyrically, Stasi explores the typical life issues every teenager tackles, namely love and loneliness. But the way he approaches his words shows wisdom far beyond his years. “Being on tour was really hard for me,” he explains. “I thought the reason I was sad was because I was alone. But on tour, you’re never alone. It’s new people and new places every day—it’s so overwhelming. Growing up, I always thought: It gets better. One day, things will be better. But I began to realize it just doesn’t get better automatically.; you have to work toward it, work for it every day. This EP is me figuring that out. It was a big moment of growing up for me.”