“Put another 0 on your pay cheque, are you done digging your grave yet?”

NEW ALBUM, ‘ARE YOU SATISFIED?’ OUT SAME DAY

UK HEADLINE TOUR IN MAY 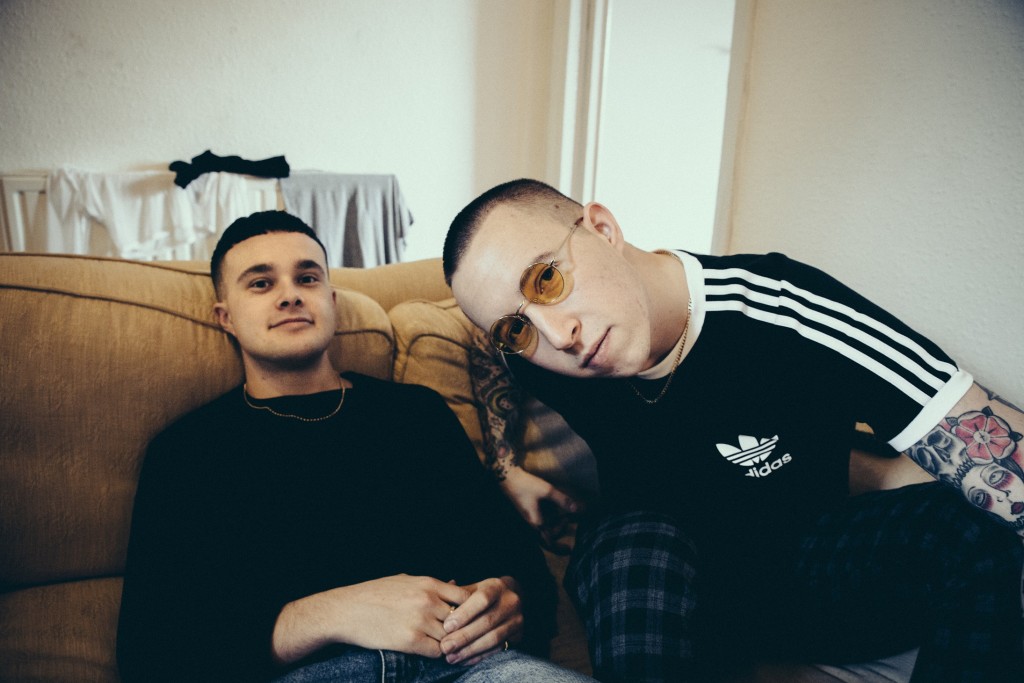 Slaves, one of the most hotly tipped young bands in the UK, are about to unleash their brand new anthem ‘Cheer up London’ impacting June 1st. Pre-order the album from itunes here to get the track now as an instant grat: http://po.st/CULiTPR . You can pre-order the 7” vinyl here: http://po.st/CULsPR

The song is a blistering call-to-arms against the malaise of the modern world, a rallying cry against wage slave apathy, and metropolitan cynicism.

‘Cheer up London’ is the next track to be released from their forth-coming, new album ‘Are you Satisfied? ’, a high energy slab of contemporary punk, shot through with an outsider spirit and the pairs unique lyrics looking at life in 21st Century Britain.

The two Tunbridge Wells punks have been winning over fans and critics alike with their scathing riffs and snarky vocals. The pair recently joined Huw Stephens for a Radio 1 session for a frantic cover of LCD Sound System’s “Daft punk is playing at my house”, and they’ve played a prestigious slot on the NME tour, as well as support slots with Jamie T. and Interpol, both of whom are fans.

Live, Laurie (vocals, guitar) and Isaac (vocals, drums) display a madcap sense of humour also evident in their song-writing as one listen to songs like ‘Where’s your car Debbie’ and ‘Feed the Mantaray’ demonstrates. Their up-coming headline tour, along with slots at festivals such as Great Escape, Reading and Leeds, Bestival as well as Ibiza Rocks 10th Birthday in July supporting The Libertines (with many more to announce) will definitely see them picking up new fans everywhere they go !

Thurs 07 May Scala, London (SOLD OUT)

Sat 09 May Gorilla, Manchester (SOLD OUT)

Mon 11 May The Cluny, Newcastle (SOLD OUT)

Wed 13 May Thekla, Bristol (SOLD OUT

Mon 18 May Library at the Institute, Birmingham

Sat 02 May Live at Leeds Festival

For Tickets and Pre-order visit WWW.YOUAREALLSLAVES.COM