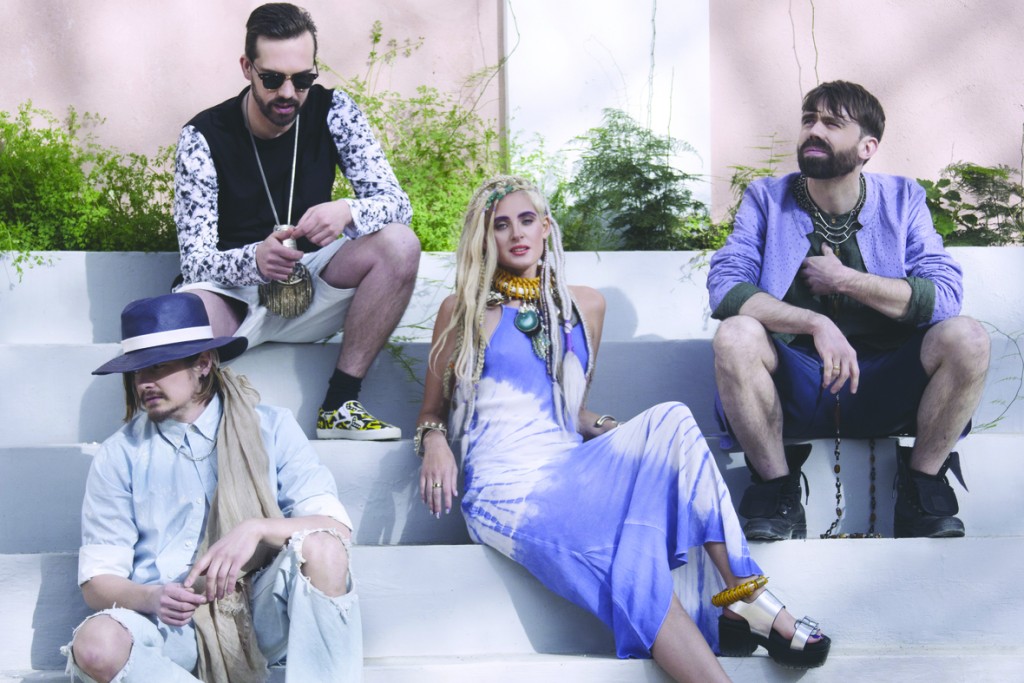 “Hit play and move to the sounds of their starry synths and tropical moon beats” i-D
“A sonic tapestry, weaving together threads of melodies from around the world… Trans-continental coolness resonates throughout the album.” Interview
“Rich and intriguing” The Arts Desk

SKIP&DIE have shared the video for ‘Space Girls’, taken from their new album Cosmic Serpents out now via Crammed Discs. The vibrant video was directed by SKIP&DIE‘s ownCata.Pirata and DutchToast, superbly depicts the song’s universe.

Cata.Pirata: “Fuck Gravity! Blow it Up! In this grave world of greed, injustice and trouble, we’ve got to learn to love ourselves and each other. We are strong, beautifully diverse, layered beings – each and every one of us – yes, that means YOU too! And we hold visions of utopias in our hands. From birth, to death, to rebirth, we sow our seeds of hope & revolution. Together, we will overcome trauma and division. We don’t care what “type” of women we are, we’re planets, we’re SPACE GIRLS!”

Cata.Pirata and Jori Collignon formed SKIP&DIE in 2010. The pan-tropical future bass band has recently evolved to include Gino Bombrini and Daniel Rose in their number. Releasing their debut ‘Riots In The Jungle’ in 2010, they’ve since played riotous shows at Glastonbury, Sonar, The Great Escape, Convergence Festival and ADE.

Born and raised in South Africa, Cata.Pirata started moving around as a teenager following her social activist filmmaker parents. She’s lived in the Azores, Ibiza, Argentina and the UK – where she completed her studies in visual and performance arts. Settling in Amsterdam, Cata.Pirataworked as a visual artist, curator and editor-in-chief for youth magazine Spunk before her passion for music prevailed. Pirata creates all the artwork for the band and directs most of the videos as well.

As for Jori, learning to play jazz piano from a young age, the Dutch native switched to electronics after discovering Beastie Boys, DJ Shadow and Daft Punk and began honing his skills as multi-instrumentalist, arranger and producer.